While 2019 isn’t over quite yet, many fast-food restaurants have really thought outside of the box this year and introduced some unique menu items that were as exciting as they were questionable.

From Popeyes internet-breaking chicken sandwich to Burger King getting creative with their classic Whopper, fast-food companies were really trying to outdo each other this year when it came to ridiculous menu items.

We’ve gathered 10 items that really stood out for their unlikely combinations and hilarious promotions. You can check those out below, but be warned: You will probably get hungry while reading this. 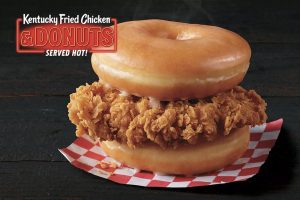 A couple of months ago, Kentucky Fried Chicken began testing out a few new menu items that combine doughnuts and fried chicken. This sandwich is pretty straightforward—a piece of fried chicken between two glazed doughnuts for $5.99. While it sounds questionable, the sweet pastry combined with the crunchy chicken might just be weird enough to work. 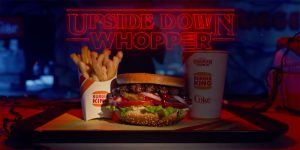 As part of a promotion for the most recent season of Stranger Things, Burger King introduced a sandwich that was no different from their signature Whopper except they served it upside down. It was presented in throwback ’80s packaging, but the concept was almost too goofy. 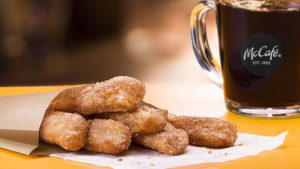 Even though we’ll never complain about doughnuts, it’s unusual to think of McDonald’s as a destination for pastries in the morning. Either way, they’re fried golden brown and dusted with cinnamon sugar, so they can’t really be bad. 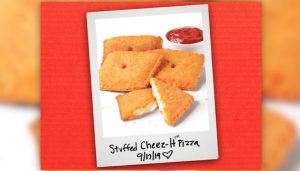 In this crossover no one asked for, Pizza Hut took all of the toppings of pizza and shoved it inside a giant Cheez-It-shaped pizza pocket. While it’s an unusual menu item, it does stand out from a typical calzone or stromboli. However, we just want to know whose idea this was in the first place.

Burger King also brought back their Angry Whopper this year, which was an unusual way of describing a burger that’s really damn spicy. It’s topped with jalapenos and “angry sauce” that will burn your face off, but it will probably end up making you happy rather than displeasing you. 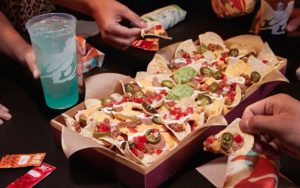 In September, Taco Bell began testing a Nacho Party Pack that is basically one giant box of chips smothered in cheese and toppings. The nachos are topped with seasoned beef, refried beans, nacho cheese sauce, sour cream, pico de gallo, guacamole and jalapeños, so they’re pretty loaded. As if it couldn’t get any better, the massive nachos only cost $7.99. 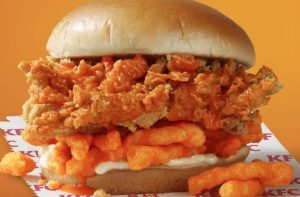 KFC was really getting crazy this year when they introduced a chicken sandwich that was infused with Cheetos. The limited-edition item featured a piece of chicken doused in Cheeto sauced and topped with the crunchy snack as well. As part of the launch, patrons at select locations got to test out Cheetos hot wings, Cheetos loaded fries and Cheetos mac and cheese. 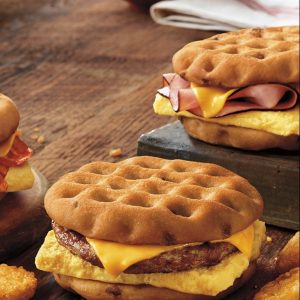 BK tried to totally reinvent the breakfast sandwich by swapping out the typical bagel or croissant for a maple-infused waffle. It’s very similar to McDonald’s McGriddle, but they opted for a waffle instead of a pancake. The limited-edition item came with ham, bacon or sausage. 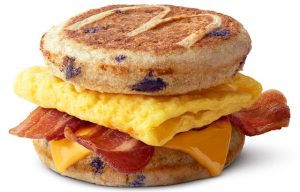 Speaking of McGriddles, McDonald’s decided their beloved breakfast item needed an upgrade and added blueberries to the mix. They tested out a variety with sausage and bacon over the summer, so it could make its way on to the menu permanently in the future. 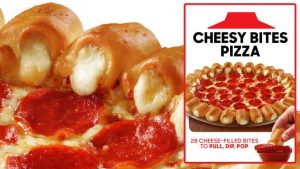 This legendary menu item returned to Pizza Hut this year in full force. This pizza takes the term “extra cheese” to a whole new level by adding 28 cheese-filled breadstick bites to the outside. It’s over the top, but no one would complain if you brought this to a party.

What’s your favorite over-the-top fast-food menu item? Sound off in the comments below!