How much do you know about the ink in your skin? Do you know what people in other countries think of your ink? Do you know how attractive someone thinks you are because of your tattoos?

There is a lot more to tattoo culture and tattoo history than what you can see on your skin. Oh, and if you thought getting inked at your local tattoo parlor hurt, wait until you hear about some of the other tattoo methods used around the world.

QUIZ: Can you match the tattoo to the right musician?

The Yakuza are one of the most infamous and powerful criminal organizations in the world. The most distinctive mark of a member of the Japanese mafia is a full tattoo body suit, which they keep covered in public. However, many Yakuza body suits have been revealed after their deaths. In fact, the Medical Pathology Museum at Tokyo University houses more than 100 human pelts collected by pathologist Dr. Masaichi Fukushi. Of course, the Yakuza are not the only people in the world with full body suits:The Mütter Museum in Philadelphia also keeps tattooed human skin amongst its large collection of anatomical anomalies and macabre exhibitions.

2. You can donate your skin canvas when you die

If you are fascinated by or like the idea of human tattoo canvases being displayed as art, you can get involved! However, you won’t actually be there when it happens. If you have a fine collection of tattoos that make up a full body suit, you can see about donating your skin to a museum when you die. A man named Geoff Ostling is doing just that and giving his floral-patterned body to the National Museum of Australia upon his death.

3. They are status symbols

Tattoos are not only status symbols for the Yakuza in Japan, but for many cultures all over the world. The United States has had a rocky history when it comes to social status and tattoos; tattoos are often stigmatized as signifiers of lower classes or with criminals. However, the exact opposite is true for the Māori people of New Zealand. Amongst these people, tattoos are sacred and are perceived as a rite of passage. Native American warriors also celebrated their accomplishments by getting a tattoo to symbolize their skill and courage in battle.

4. Certain industries actually want you to be tattooed

While you’ve probably grown up hearing that you’ll never get a job if you have tattoos, there are certain professions that actually prefer them. Bartenders with tattoos are often hired partly because their tattoos are seen as a cool aesthetic choice for the business—one that will attract more customers. The same is true for certain brands in the fashion industry.

5. A tattooed Barbie angered the country in the late ‘90s

It turns out the blonde-haired, blue-eyed, all-American girl toy doll known as Barbie wasn’t always so preppy. In the late ‘90s, the Butterfly Art Barbie was released to the public and was met with a great deal of animosity from some parents. Why? Because she had a butterfly tattoo and came with butterfly stickers kids could add to her body. The line of Barbie dolls was quickly discontinued.

6. Most tattoo ink is not vegan

Nowadays you can find vegan tattoo shops that only use ink that doesn’t contain any animal byproducts, but don’t just assume the parlor you go to is vegan. In fact, tattoo ink is commonly made out of the charred bones and the fat of dead animals. So if you’re a vegan or a vegetarian, you may have just found out that you weren’t as loyal to your lifestyle choice as you thought you were.

7. Many people are allergic to color ink

Color tattoos can be much more difficult for people to handle than black and gray tattoos. Ingredients such as iron oxide, mercury sulfide and cadmium sulfide are often contained in color pigments, and any of these can cause an allergic reaction in a person’s skin. Beware the color red, especially, since it is the color most associated with allergic reactions.

The oldest record (so far) of a tattooed person is Ötzi the Iceman, who has been scientifically dated to 3250 B.C. He and his 61 tattoos were found buried under a glacier in Europe, and both have been studied meticulously since their discovery. So next time someone says something snide about tattoos, tell them that it is one of the world’s most ancient artforms.

9. The tattoo gun is not the only tool used for tattooing

Bamboo torture is known as one of the most painful and horrific methods of torture in history. While this torture method works by letting bamboo grow at its naturally rapid pace and allowing it to pierce through a prisoner’s body, some would say there is another kind of bamboo torture that is also extremely painful: Bamboo needle tattooing. Instead of using a mechanized tattoo gun like most tattoo shops use today, some artists in various parts of the world rely on a bamboo needle to insert the ink into a person’s skin, one dot at a time. Raking and striking is another tattoo method, which is kind of like using a tiny hammer and chisel to insert ink into the skin. Fun, right?

A recent study that was published in the journal Personality And Individual Differences found that women see men with tattoos as more masculine, dominant and healthy. Women also tend to think that a tattooed man is more of a risk-taker, which to some may be an undesirable quality, but to others is incredibly attractive. 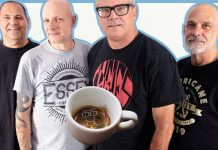 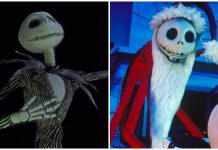 10 reasons ‘The Nightmare Before Christmas’ is actually a Halloween movie