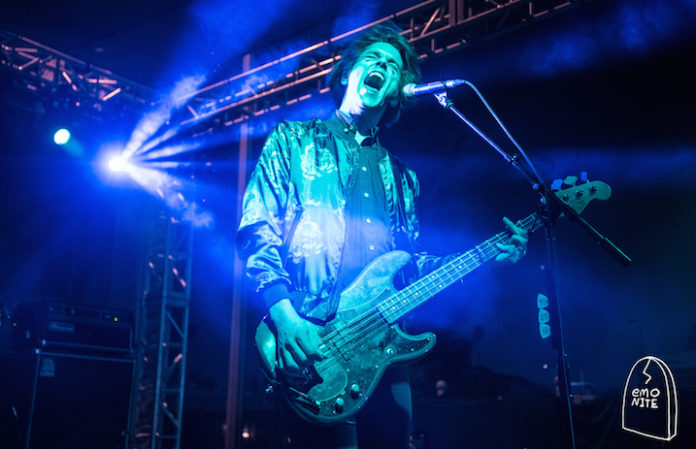 Emo Nite presented Emo Night Day on Sunday, Dec. 3. The all-day event was a celebration of the party's three-year anniversary and had three stages with an amazing lineup that included performances and DJ sets from everyone from the Used to Machine Gun Kelly, as well as a surprise appearance by Demi Lovato and a song debut by From First To Last. YES.

Read more: Celebrate the magic of perpetual Emo Nite with this new documentary

Here are some of the best moments, as told on Twitter:

The Used, MGK, Demi Lovato, the Chainsmokers and Frank Zummo were in the same place

we did the thing. we love you guys so much. thank you for today. now everyone get some sleep! �� (�� @grizzleemartin) pic.twitter.com/Hm8tsMKhVN

Who else can say they saw @ddlovato and @WeAreTheUsed perform in the same venue in the same night!? @emonitela made that shit happen last night!

the Tigers Jaw & Wicca Phase reunion made my nite, thank u @emonitela ��

And here's a video!

Brianna Collins, from Tigers Jaw, was all of us wanting to share special moments with our friends

Thinking of you during this The Used acoustic set lol pic.twitter.com/z4ul2Pld2c

Craig Owens of chiodos and a string quartet pic.twitter.com/kn8Vf9X9E2

Doll Skin performed a cover of My Chemical Romance's “Helena”

The Chainsmokers and Demi Lovato made an appearance

From First To Last debuted a new song, “Surrender”

Read more: From First To Last premiered a new song—hear it now

Thank you, to everyone who came to watch our set at @emonitela ! Had a great time!

As did everyone watching them

In short, it was FUN

Did yesterday actually happen? Emo Nite Day was one of the best days of my life thus far. Thanks, @emonitela

So fun there were even bootleg T-shirts

.@emonitela has officially made it, there’s bootleg shirts outside pic.twitter.com/ruzeoGow0e

Watch: Your fave bands explain what emo means to them