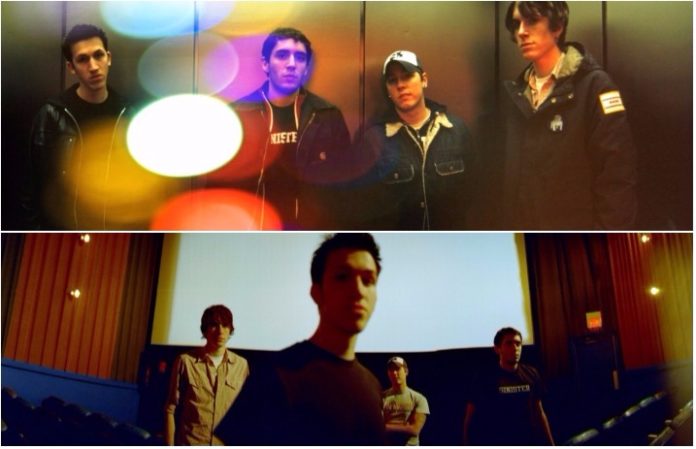 In today’s world of music, it’s hard to listen to every band out there, let alone really get into their albums. Our generation has it the easiest because we can listen to any song we want within seconds. In the late ‘90s to the mid 2000s, you couldn’t listen to every band that existed by simply looking them up on your phone. You had to go to a show, buy a CD or download their songs off LimeWire.

There’s a whole wave of bands we forgot about from that pre-digital era. If they weren’t super-popular back then, it was easier for their legacy to fade over time. A lot of those forgotten bands mean a lot to me, so I’m here to shed some light on those artists and their albums. If you have never heard of the bands covered in this series, I strongly suggest you check them out.

Let’s take a step back in time…

For the first installment of Lost In The Shuffle, I’m going to write about a very special band: Spitalfield.

Active from 1998 to 2007, Spitalfield formed in the suburbs of Chicago. They toured with fellow Chicago bands Fall Out Boy and Plain White T’s,  played the Vans Warped Tour and were seemingly on the right path to being successful and well-known.

I first found out about them when they were on tour with the Early November. It was 2003 at Metro in Chicago. I discovered so many bands in that room, and that night  was no different. Spitalfield reeled me in. They encompassed everything I loved in a band; It was catchy, energetic, emotional and real. Their live show blew me away. It was, of course, their hometown show, so everyone was singing along. The vibe was like nothing I had felt before. I was a small part of something special, and I wanted more. It was also pretty cool to know the band were (like FOB and the T’s)  from the suburbs of Chicago, just like me. I went to Best Buy the following week and bought their album, Remember Right Now. The album quickly became one of my favorites—and still is.

Over the years, I would go on to gravitate toward Spitalfield’s music. They influenced other bands I enjoy, especially Real Friends. The more I saw them play live, the more I fell in love with their music. It was straight to the point and real, no gimmicks needed. I always admired that about them.

In 2007, Spitalfield called it quits. I saw them on their farewell tour and felt that same special feeling I experienced at Metro in 2003. Thinking back on that feeling reminds me of how powerful live music can be. If they were still around today, they would sit perfectly next to all the popular bands in the scene. Like many bands, Spitalfield got a little lost in the shuffle over the years. I hope these words can change that just a little bit.

What are they doing now?

I caught up with former vocalist/guitarist Mark Rose to hear his recollection of the band’s active years.

Thank you @BrassTacksBarbers for cleaning me up at @imiconference in Dallas tonight! ��

“I find it challenging to summarize my thoughts when it comes to my time with the band. It was such a huge chapter of my life and in many ways, not only shaped who I am, but also where I am going now and the reason music still matters so much to me.

“When the band started, we were sophomores in high school. In fact, we were a ‘side project’ to the different punk and hardcore bands we each played in. We wanted to start something different after hearing [the Get Up Kids’] Four Minute Mile and [Texas Is The Reason’s] Do You Know Who You Are? Those records started to shape us. We weren't taken very seriously by our friends at first, but eventually, it shifted into being our focus.

“By the time we were attending college, making the band our full-time thing was the goal. I found it hard to focus in class or to think about many others things besides writing songs, practicing and trying to book and play shows. The local scene around us was growing into something that seemed very special, and we were trying to do our part helping to building it.

“I was 19 years old when we released Remember Right Now, and we lived and learned by diving headfirst into everything we did. Learning some things the hard way seems totally worth it when you get to drop everything, get into a van with your closest friends and… just go. The whole process of writing and recording that record came at such a formative time for me. I think it's a fairly vulnerable record: When I hear it now or play songs from it solo—or with the guys at an anniversary performance— it emotionally takes me back to many of the places I was [in] and reminds me of the people I was around.

“There are lots of things I look back on and think about how I would have done them differently, if I was given another chance, mostly from a business perspective. Though we only had so much control of what was happening around us. I'd be lying if I said it wasn't hard to watch some of our peers reach certain levels and milestones, while we kept grinding away on a slower build. That said, I can't even begin to explain how amazing it was to get to see the world, share the stage with some of our favorite artists and connect with as many fans and supporters as we did. I wouldn't trade any of that, and I'm so grateful for the opportunities we got. It wasn't always easy, but it was absolutely incredible.

“I was 24 years old when we called it quits and had somehow been a band for almost 10 years already. What? [Laughs.] It's amazing how big certain things feel when you're young. We ended due to some business situations that seemed out of our control. Looking back, I question certain aspects of that. To be honest, I wish I could have found a way to reset my batteries and put things on hold, rather than call it a day. I wonder what would have come next.

“What I do know is that we always gave it everything we had. I like to think that the supporters who stayed with us throughout the different highs and lows knew and felt that, too. I know there were folks who were always batting for us, and it feels amazing to be a piece of the soundtrack to a certain part of their lives.”

Watch more: Your fave bands explain what emo means to them