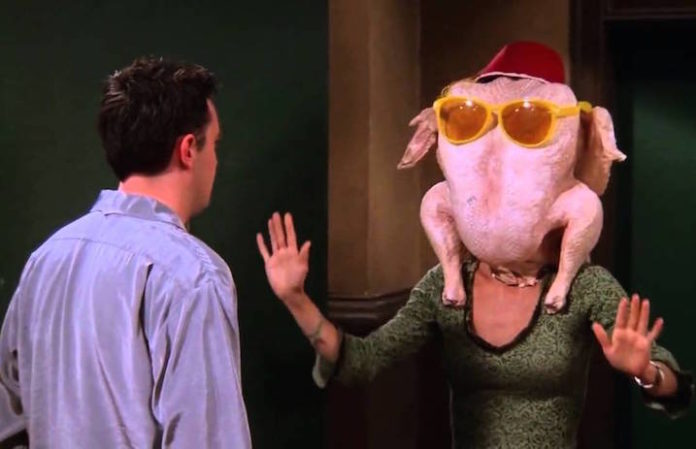 Curl up this Thanksgiving with your friends and family for a night of entertainment. We've rounded up the best movies and Thanksgiving TV specials to watch on Netflix, Amazon Prime and Hulu.

Read more: Everything coming to and leaving Netflix in December

Single mom Holly Hunter travels to her childhood home for a holiday dinner with her dysfunctional family.

Owen Wilson is a lucky turkey pardoned by the president in this wacky animated tale.

Ryan Gosling and Emma Stone sing and dance their way through their relationship.

Will Ferrell and Mark Wahlberg face off as dad and stepdad.

Adam Sandler is forced to win Drew Barrymore over everyday due to her memory loss condition.

A father recounts fantastical anecdotes to his son, who never believed the tales to be true.

When their daughter decides to not come home for Christmas, the Kranks decide to go on vacation and skip the holiday altogether.

CONTINUED ON NEXT PAGE: NETFLIX