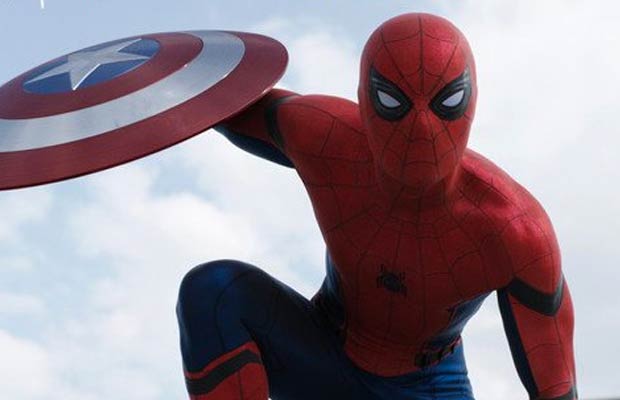 The $179 million opening weekend and overwhelmingly positive critical reception to Captain America: Civil War demonstrates that demand for the Marvel Cinematic Universe remains high. It’s good news for the Walt Disney Company, whose multibillion purchase of the Marvel brand in 2009 seems smarter by the day. But with all of the characters in the shared universe of movies and TV shows, not to mention the murky film rights issues that keep characters like the X-Men separated from the Avengers, it’s easy to get confused about what to expect.

Back when Marvel was near bankruptcy, the company made various deals that granted a variety of studios the rights to some of their most iconic characters. Those deals included licenses that put Spider-Man, Thor, Black Panther, Luke Cage and Ghost Rider at Sony; X-Men, Fantastic Four and Daredevil at Twentieth Century Fox; Hulk, Sub-Mariner and Prime at Universal; Punisher and Black Widow at Lionsgate; and Iron Man and Blade at New Line. These deals were often inclusive of supporting characters and story elements; Kingpin couldn’t fight Spider-Man in the movies because he belonged to Fox as part of the Daredevil franchise. Ben Urich couldn’t work at the Daily Bugle in Fox’s Daredevil because the Bugle was part of Sony’s Spider-Man.

Marvel Studios began making their own movies with 2008’s Iron Man, after negotiating to regain the rights to the character. This started the Marvel Cinematic Universe, where characters controlled by Marvel interact in a serialized tapestry of films and TV shows, just like the comic books. The success of this model has caused several other studios to follow suit. There are now either plans or proposals for “shared universe” films involving DC, Ghostbusters, Fast & Furious, Hasbro Toys and Universal’s classic monsters. But so far, Marvel rules the roost, with the consistent quality of the MCU trumping all.

These licensing deals generally include provisions that say each studio has to do something with the characters within a certain number of years or the rights to the properties will revert back to Marvel. This is a big part of the reason why Sony rebooted Spider-Man so soon after the Tobey Maguire trilogy and why Fox rushed out that disastrous Fantastic Four reboot last year. The rights to heroes like Ghost Rider, Daredevil and Punisher languished long enough that they reverted back to Marvel. Hulk went back to Marvel but Universal maintains the right to distribute those films. Universal has allowed the green goliath to appear in the Marvel Studios produced The Incredible Hulk, the Avengers movies, the Iron Man 3 post-credits scene and in the upcoming Thor sequel, but the rights issues have made getting another standalone Hulk film difficult. As for Spider-Man, Sony still has rights to the character and his supporting cast, but a deal worked out between Sony and Marvel studios allowed the character to transition into the MCU.

Fans are hopeful that Fox will work out a similar deal with the X-Men at some point, but as of right now, Fox’s X-Men universe continues to move forward with this year’s Deadpool and X-Men: Apocalypse, a third Wolverine movie (set for March 2017), a sequel to Deadpool and a New Mutants film.

Now with all of that out of the way, here’s what to expect from the MCU on the heels of Marvel’s Captain America: Civil War, which began what Marvel refers to as “Phase Three” of the shared universe.

Mike Colter returns as the titular character introduced in the first season of Jessica Jones. Expect a character or two from Daredevil and Jessica Jones to appear as the Netflix extension of the MCU builds toward Iron Fist Season 1 (TBA) and an eventual team-up of Daredevil, Cage, Jones and Iron Fist as The Defenders (also TBA).

Marvel’s Master of the Mystic Arts gets a standalone origin story with Benedict Cumberbatch as the title character. It’s likely we’ll see another Infinity Stone in this movie; MCU big bad Thanos needs them to power the Infinity Gauntlet(s). Thus far, we’ve seen the Stones in Loki’s scepter (which is now in Vision’s forehead); the Aether in The Dark World; and the Orb in Guardians.

Civil War introduced us to Tom Holland as Peter Parker and Marisa Tomei as Aunt May. Marvel has promised this won’t be yet another origin story, and assured an appearance by Robert Downey Jr. as Tony Stark.

Thor, Hulk and Nick Fury were absent during Civil War but all of them are set to return here. The last time we saw Asgard, Loki was in charge, masquerading as Odin. Expect shit to get crazy—“Ragnarök” in Norse mythology is known as “the Doom Of The Gods.” Yikes.

How badass was Chadwick Boseman as Black Panther in Civil War? We’re getting a standalone movie about the king of the reclusive country of Wakanda, directed by Ryan Coogler (Creed). It’s likely to feature the return of Wakandan villain Ulysses Klaue (Andy Serkis), first seen in Age Of Ultron. Given the mid-credits stinger in Civil War, we might get an appearance from the Winter Soldier, too.

The Russo brothers behind The Winter Soldier and Civil War are already hard at work on the two-part Avengers threequel. They’ve said the pair of movies will eventually be retitled, but expect them to involve the Infinity Gauntlet and a whole mess of Avengers, which by that point could include Spider-Man, Black Panther, Winter Soldier, Ant-Man, Wasp, Doctor Strange and even a few Guardians heroes.

What’s not to love about the Giant-Man surprise in Civil War? This sequel should be twice as fun as Ant-Man, given that Evangeline Lilly will suit up as the Wasp, as hinted at during the end of Ant-Man.

Not much is known about this film right now except that it’ll feature Carol Danvers, rather the other incarnations of Ms. Marvel in the comics such as current fan-favorite Kamala Khan.

It’s anyone’s guess where this massive sequel will leave the MCU. We’ve seen all sorts of stuff happen in the comics: Jane Foster becoming Thor, Falcon and Winter Soldier both becoming Captain America at various points. The Russos have said they won’t follow the Infinity War storyline from the comics any more than they followed the Civil War story, though it will undoubtedly retain its spirit. After all, that’s what’s been so great about the MCU thus far.

In Development: Expect a Season 4 from Agents Of S.H.I.E.L.D., though a third season for Agent Carter seems unlikely.

Netflix announced series orders for Iron Fist, the Defenders, The Punisher (introduced in Daredevil Season 2) and a possible second season of Jessica Jones. Cloak And Dagger will be the first Marvel series produced with Freeform, which is scheduled for 2017.