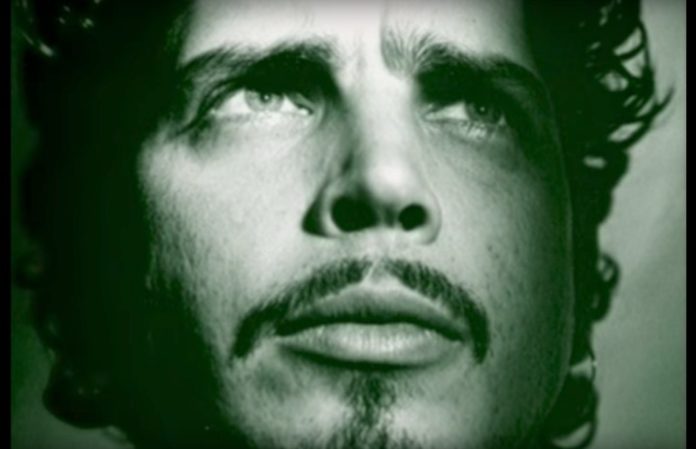 Emerging from the dark and largely tragic undertones of grunge, Chris Cornell seemed to exist as a brilliant and solitary beacon of light. Sadly, that fire has been extinguished.

The iconic frontman of Soundgarden and Audioslave died Wednesday night in a Detroit hotel room, shortly after giving what would be his final performance to an audience unaware that they were witnessing bittersweet history. A medical examiner ruled that Cornell committed suicide by hanging. He was 52.

A native of Seattle, he was born Christopher Boyle in 1964. At the age of 20, he founded Soundgarden in 1984, serving as both singer and drummer. But while Nirvana and Pearl Jam wouldn’t come along until the latter part of the decade, melded by musical fragments of a scene that burgeoned years earlier, Cornell and Soundgarden were there during the Big Bang of grunge. Blending the ominous sludge of Black Sabbath and the soaring, blues-inspired swagger of Led Zeppelin with Beatles pop-psychedelia and the raw, unbridled fury of ’80s DIY punk, Soundgarden instantly sounded simultaneously familiar and otherworldly. But for anyone who ever heard them or were lucky enough to see them in person, it was immediately clear that Cornell was the centerpiece.

Often appearing bare-chested and shrouded in a tousled mane of curly, shoulder-length hair, he seethed an effortless charisma and rampant sexuality—and that was before even opening his mouth. Once he did, he would pummel listeners with a four-octave vocal range that would coil up as a muted baritone and burst forth in transcendent, chill-inducing shrieks that were as soulful as they were primal. He was Robert Plant and Iggy Pop in a postmodern package.

The shy and brooding Cornell stood in stark contrast to his friend and roommate, Andrew Wood, the flamboyant frontman of fellow grunge forefathers Mother Love Bone. Like so many others in the Seattle scene, Wood struggled with substance abuse, which led to his heroin overdose in 1990. Shortly after, Cornell wrote the songs for what would become Temple Of The Dog, a one-off tribute to his fallen friend. He enlisted Stone Gossard and Jeff Ament of Mother Love Bone, who brought along Eddie Vedder, the singer for their new band Pearl Jam. The songs on the album, including “Say Hello 2 Heaven” and “Reach Down,” provided catharsis for Cornell (they’re especially haunting now), but the album wouldn’t become a hit until grunge became a buzzword several years later.

Meanwhile, Soundgarden were thrust into the global pop consciousness when their third album, Badmotorfinger, arrived during the fall of 1991, just as Nirvana and Pearl Jam prompted a tidal wave of marketable angst out of Seattle. Along with the likes of Alice In Chains, Soundgarden became entangled in the mechanisms of the music industry, and while self-destruction had already become a hallmark of grunge, Cornell and Soundgarden seemed to thrive on the fringes of widespread popularity, releasing the experimental but accessible Superunknown in the spring of 1994. Hit singles “Black Hole Sun,” “Spoonman” and “Fell On Black Days” brought the band unparalleled success, along with two Grammy awards: Best Hard Rock Performance for “Black Hole Sun” and Best Metal Performance for “Spoonman.” But after just one more album in 1996, the sprawling Down On The Upside, the members of Soundgarden went their separate ways.

It was during this time that Cornell began to release solo albums, including the underrated 1999 effort Euphoria Morning, and teamed with members of Rage Against The Machine to form the modern-rock supergroup Audioslave. Releasing three albums between 2002 and 2006, the band seemed to serve as reassurance to fans that Cornell wouldn’t succumb to the fates of his peers Kurt Cobain and Layne Staley, who each gave into their demons in different ways. But Cornell always struggled with his own depression and substance abuse; he just managed to remain functional and channel his pain into music.

Soundgarden reassembled in 2010, releasing one album, King Animal, two years later. While reviews were mixed, it debuted at No. 5 on the Billboard 200 and seemed to signal a new chapter for the band. But it all came to a tragic end yesterday. It’s fitting that Cornell’s final performance was with the band that turned him into a legend; however, it’s only a small consolation to fans who must now conceive of a world devoid of him.

Cornell’s death is sadly significant for reasons beyond the loss of another generational talent. It casts an even darker shadow over the legacy of his genre. If there were a Mount Rushmore of grunge, his face would definitely be carved into it, alongside those of Kurt Cobain, Eddie Vedder and Layne Staley. While two of those frontmen had already left us far too early, the fact that two remained—and seemed to thrive—made it seem as though there was an inherent but uneasy balance built into the fabric of grunge, one that hinged on an unsteady battle between light and darkness, self-destruction and self-awareness.

Even though the equally unexpected loss of Stone Temple Pilots’ Scott Weiland further added to the sad history of the genre, STP were never really a grunge band in the first place. As long as Cornell and Vedder maintained their own sense of hope and vibrancy, you could almost say that half of grunge would always remain a bastion of positivity. But now that Cornell has departed under such awful circumstances, it’s difficult to think that way. The gods of grunge are now overwhelmingly tragic figures.

For children of the ’90s, Cornell was a symbol of vitality and perseverance in the face of devastating loss. The Temple Of The Dog album wasn’t just a eulogy to Andrew Wood, it was a roadmap to recovery, and for those who dug into the deeper cuts on Soundgarden’s albums, Cornell opened himself nakedly and proudly in a way that felt less and less intentionally obscure than the poetry of Cobain and more personal than the often political work of Vedder. Cornell’s voice was audibly and abstractly one-of-a-kind.

I met him only once, in 2009, when I was an editor at Altpress. Although I’d already met plenty of my musical heroes, Cornell towered above them all (figuratively and physically at 6 feet 2 inches). He came to the AP skyscraper to record an episode of The AP Podcast and Mike Shea, knowing that I was the resident super-fan, graciously invited me to co-host.

I remember sitting in the recording studio across from Cornell, who couldn’t help but emanate a level of wisdom and coolness that most mortals could only hope to portray. He answered questions with humility and candor, but I could never get beyond the surreal feeling of being in his presence. For more than an hour, I contributed little beyond one meager question, paralyzed out of the fear that anything I might say would seem pathetically insignificant to the thoughts that must’ve been swirling in his head. But he answered that one question with sincerity, took a sip of coffee, and then continued being more like a mythical creature to me than another human being.

While I only have that podcast and one awkward photo to show for the encounter, I (like all of his fans) still have the wealth of music he left us with. Although his story came to an unthinkably sad ending, we have to try not to let it change our perception of everything that came before it. Cornell may have seemed bigger than life, but he made his personal pain into something tangible that we could all relate to. Although that pain eventually got the best of him, we have to remember that he was only human—and that was why we loved him in the first place.