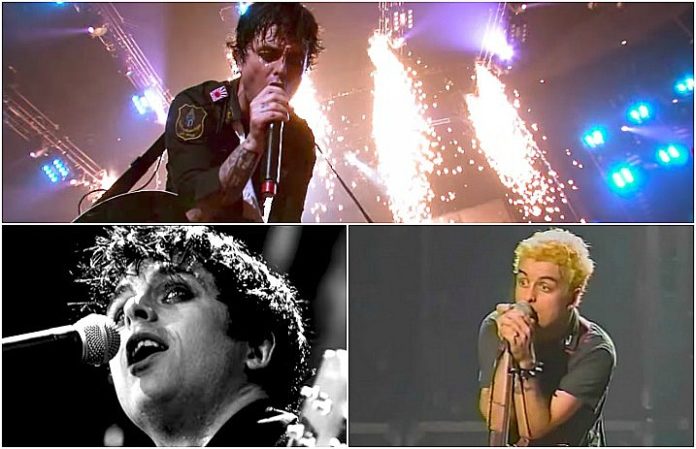 In turn, Green Day concerts are a celebration, simultaneously lifting weights of stress off 20-something thousand shoulders in one night. By the final song, it’s clear: Green Day shows are like no other. As they round out the Revolution Radio tour, we’ve listed 11 reasons why that’s true below.

Read more: Why a Twenty One Pilots show is one of the best concerts you can attend

To Billboard back in 2009, Armstrong said one of his most famous quotes: “Nobody leaves this band unless it's in a coffin.” Judging from the band’s chemistry onstage, he wasn’t kidding. The members feed off one another—whether it be guitarist Jason White, who has been playing with the band since 1999, or drummer Tré Cool, who replaced John Kiffmeyer in 1990—each bringing their own unique presence to the show.

From 1991’s “2000 Light Years Away” to 2004’s “Letterbomb,” Green Day aren’t afraid to reach into the corners of their 12-album back-catalog (counting each in the trilogy as one) of material for their setlist. The sprawling collection of songs spans generations of hits, making you realize how iconic the band’s music has been over the past 30 years.

Since Dookie flooded mainstream airwaves in 1994, Green Day and their suburban punk attitude have played a subversive role in countless generations. Their shows have become family affairs, full of parents singing along with their kids.

Quintessential to any Green Day show is bringing fans, almost always kids, onstage to sing, play guitar and rock out with punk heroes. When “East Jesus Nowhere” was a set staple, Armstrong would “save” someone onstage. There’s nothing like watching a tiny kid, who was barely alive when American Idiot released roaring his way through the lyrics of “Longview” or killing chords on “Jesus Of Suburbia.”

Read more: Watch this 11-year-old rock out with Green Day — and Billie Joe lets her keep the guitar

The feeling of community

A Green Day show is a safe place for freaks and outcasts of all ages to unabashedly show off their punk attitude, participate in thrilling mass sing-alongs and simply be themselves.

Racing up and down the stage without rest for close to three hours, Armstrong is exhausting just to watch. His wisecracks, speeches, T-shirt cannons, crazy hats, changing vests, infectious enthusiasm and unwavering energy excite the crowd through a 25-plus song set.