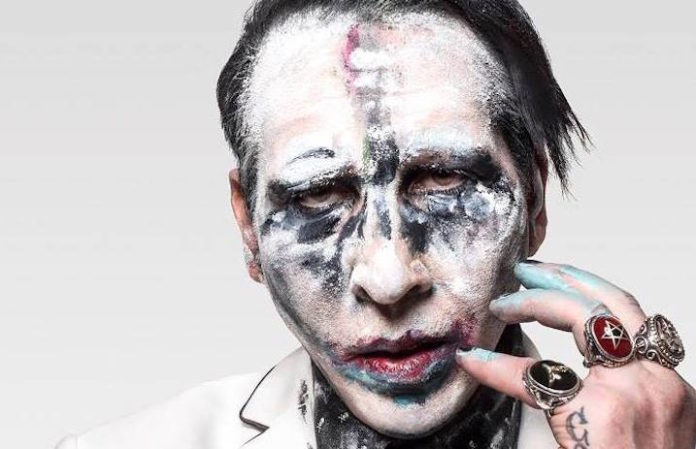 When the world is in such a chaotic place, sometimes it's nice to look toward someone who's always been a freight train plowing straight through the mess that can be society. That's exactly why we need Marilyn Manson more than ever.

Granted, the majority may not see Manson as someone to look toward, for varying reasons; but when you dig under the surface, there's no one who has really stuck true to who they are throughout their career quite like he has. Even in the face of chaos and public scrutiny for no reason other than daring to be different, he's been a voice of reason. Lest we forget, the tragic events of Columbine were attributed to Manson's music, with his perfect response immortalized in the Michael Moore film Bowling For Columbine.

The celebrity feuds keep piling up and the petty little problems that, in the grand scheme of things, don't really matter are gaining unnecessary attention. They're really only distractions from the bigger picture and nine times out of 10 are intelligently orchestrated PR stunts anyway. While Taylor Swift is showing us all what someone made her do, another force is rising. Around Reading Festival in the U.K., posters that bore “We know where you f—-ing live” and a familiar “MM” taking pride of place above, alluded to familiar dark clouds looming over the hill of false bright pastures. Now, we already know Manson’s upcoming 10th album is titled Heaven Upside Down, and although there’s no solid release date set, it still means he's coming and ready to get back to business.

There's a small chance that any of what he's planning is politically based, which is the best thing he could avoid. Yes, musicians should talk about politics. They have a platform that people actually listen to, so why shouldn't they highlight the obvious flaws and/or graces of certain figures, and advise of a better future? Listen or don't listen; it makes no real difference to the way the world will work. You'll go your way, they'll go theirs and deal with whatever happens similarly.

We obviously can't ignore the teaser video that arose back in November 2016, fittingly around the U.S. election. It features Manson stripping pages from a bible before cutting to a bloody knife and a relatively familiar suited body. The shock factor couldn't be ignored, especially considering in an interview with Rolling Stone he revealed he wouldn't actually be voting, as he didn't believe in either candidate.

What Manson should be doing is sticking to being a figure that's there to disrupt the status quo, putting the fear of God into suburban moms who are scared of what the influence this overbearing dark lord of the alternative is having on their precious children. Manson has always been swimming up through the stream of perceived normality; after all, he's the person who's quoted to have said: “The people who hate me, I want them to hate me more. I'm not looking to make them happy.”

That's not to reduce him to a mere horror show—he's so much more than that. He's the idea that believing in what you want to believe in, and not what you're told to, is okay. If you don't like Manson? No one cares, really. If you do like Manson, good for you, still no one cares. The only person who should is you.

His influence has even acknowledged  on the recent HBO documentary series based around Jimmy Iovine and Dr. Dre and other artists who've broken through the box and done exactly what's been drawn to them. Just look at his pre-show advertisement, highlighting the exact scrutiny that's fuelled his rampaging career. A pop culture icon who arose when pop culture was a fickle factory in the '90s, Manson gave the silent and forsaken a voice and began the real serious incline for alternative culture.

It would be rude to ignore his back catalog, which has always been the antithesis to the American Dream. Take, for example, “mOBSCENE” which bears the immortal lines “We are the things of shapes to come/Your freedom's not free and dumb.” He's always believed in looking forward and not backward. His sound has always had that ominous factor, where you know something else is at play, something that resonates. Over the years, it's gone from being as in-your-face as humanly possible to evolving into a haunting, depth-filled sound that feels more powerful than ever.

His lyrics are more often than not filled with complex layers and references to satanism, which may be a deal-breaker for you, but if you’re a fan of really honing in and listening to words that have been crafted and not just churned out to rhyme, then his back catalog is rich with it. Even when they may appear simple, there’s a deeper meaning that is ready to rock the world you know and give you a new viewpoint. The back catalog in question may not always have held a higher standing with each new release, but 2015’s The Pale Emperor was a return to form, and not to mention a title so fitting, you don’t know why it didn’t appear sooner. What his new material will ultimately sound like is anyone’s guess, but you can guarantee it’ll be filled with words and music that will challenge something, anything, about society today—even if it’s our own understanding.

As the world appears to be entering ever-deepening stages of confusion and stress, look to Manson for how to carry yourself through it. Just do you and don't give a fuck what anyone in a red cap is yelling. Voices die out, but standing tall and fighting through that lasts forever. Manson fan or not, you can't argue he's not level-headed and always responds to any transgressions against him with poise and grace, letting the world turn around his twisted axis. And for that, Marilyn Manson, we salute you.