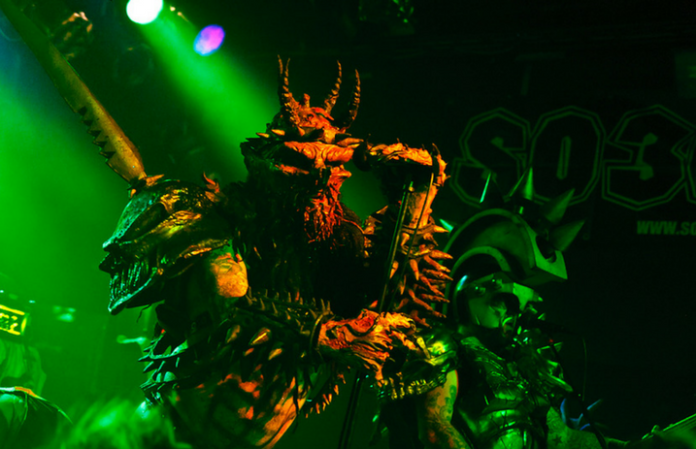 The shock-metal band GWAR is not for everybody. The band have not only been considered offensive for their actions onstage, but they’ve also been known for being gross and over-the-top. And, may we add, funny as hell.

But that shouldn’t keep you from seeing them at Warped Tour this year — especially all you non-metal fans. Here are 11 reasons why.

Read more: 10 artists who harnessed the power of the Halloween costume onstage

This year will be GWAR’s first Warped Tour ever. Though the short show format might change aspects of their “high lowbrow” production, they will most likely cram in plenty of their signature calling cards, making Warped Tour a good condensed version of the full GWAR experience.

This might not be everyone’s thing, but GWAR shows are famous for spraying what they call spew: fake blood and bodily fluids on the crowd. Still, in the middle of a hot summer Warped Tour, the dyed water might be somewhat… refreshing? Wear white and get as close to the stage as possible.

Mosh pits are no stranger to Warped Tour shows, and GWAR’s audience will be no different. Their shows commonly include manical circle pits — so be prepared.

When it comes to intricate costumes, no one comes close to GWAR. (Except maybe Cher in Las Vegas, re-enacting the bucket of blood scene in the movie Carrie.) Each member of the band has large, detailed mask and chest piece, as well as clawed feet to make them look like alien creatures. Which, in 90-degree heat, will be harder to pull off with 35 pounds of latex strapped to their carcasses.

Beyond just the costumes, GWAR members stay in full alien character throughout their concert. They refer to people as “humans,” hurl some nasty insults and have different people get eaten by a worm monster at some of their shows. And they're always kind of angry.