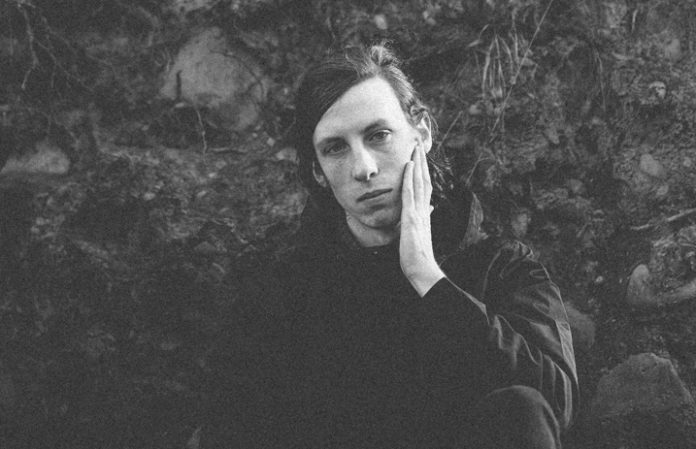 Wicca Phase blends trap, emo and recognizable samples, but it’s his vulnerable voice and lyrics that truly stand out — particularly on the EP released this past July, Raw And Declawed. The EP consists of just three tracks, a strategic move on McIlwee’s part. “Shorter releases allow me to help keep both the music and themes cohesive without the project being boring,” he explains.

Both “Life After Death” and “Don’t Get Me Started” were written within days of each other and are deeply personal to McIlwee. “There’s timelines in both of those songs that correspond directly to days, weeks, months of my own life, so it’s hard for me to even think about both of those songs without thinking of the deeply personal experiences within them,” he says. “‘Icebreaker’ is old, and I have a terrible memory, so I'm not totally sure what that one was about, but I do know that I thought it was pretty personal when I first wrote it.”

If you’ve been listening to Wicca Phase, it isn’t just about McIlwee “simply singing over beats.” McIlwee is here to push the genre boundaries.

“If I wanted to release my next album with a full band, or even more natural instrumentation, I hope that this EP is the first step toward easing people into the idea that my music can be anything I want without losing what makes it a Wicca Phase project,” he says.

And the same can be said for his collective GothBoiClique: It’s supporting creativity and versatility.

“I really think that everyone in the group has done an amazing job at taking what makes them unique and applying it toward creating an aesthetic that is really hard for me to define,” McIlwee says. “JPDreamthug sounds nothing like Mackned, Horse Head's strengths are different from døves', but I think everyone in the group has done great work in showing GBC's versatility. I think that is what is going to give our group lasting power, and I'm insanely proud to be a part of it.”

As for Lil Peep, also part of the GBC, McIlwee doesn’t believe he’s the future of emo: He's what emo music is right now.

“I know that Peep grew up listening to emo music, and the sound that he has developed is almost post-emo — a phrase that makes me cringe, but I think it's unavoidable,” he says. “With that said, I also think he is very much an underground pop star, with a style that is informed by so much more than emo. Punk music is one of [our] shared interests, and when I listen to him, I hear just as much NOFX as I do any emo band. I also don't really even like emo music, so I don't want to confine him to that genre at all because I think he's so much more than that.”

So what is the future of emo, according to McIlwee?

“I honestly do not know,” he admits, “because I never set out to make emo music or anything like that, and the state of that genre never really interested me. If anything, I tried to avoid any trends that take cues from that genre. Saddle Creek Records was a huge influence for me when I started making music at 12, 13 years old, and I don't think [it] should be considered emo music or anything like that. I also hate how much I've said ‘emo’ in this interview.”

What McIlwee does want to see moving forward in music is creativity, experimentation and artists pushing the boundaries.

“[It’s easy] to make music now, and I think that has led to an over-saturation of mediocre bands, mediocre songs, mediocre beats,” McIlwee begins. “I hope that people get just as sick of that mediocrity as I am and start relying on their talents to set their music apart. I look at Fish Narc (who also goes by Official), who has a history of playing in bands, and how he builds on his strengths from his former projects to help shape the sound of his production today. He makes beats with guitar samples like a lot of other people tend to do, but his guitar-based beats are so much better than almost everyone else's because he is able to apply the songwriting capabilities he's been developing for the past 10 years to help his beats exist on a much higher level than other producers who simply record a four-bar guitar riff and put a basic drum beat underneath. I think I'm trying to say that now that everyone can publish music so easily, I hope people take the time to really develop their style to create something unique and push music forward.”

McIlwee concludes: “As long as people keep experimenting and trying to incorporate different genres into the songs they are making, I think it's a very positive thing for music.”

You can follow Wicca Phase Springs Eternal on Soundcloud, Twitter and Bandcamp. You can also stream Raw And Declawed on Spotify or purchase the EP here.