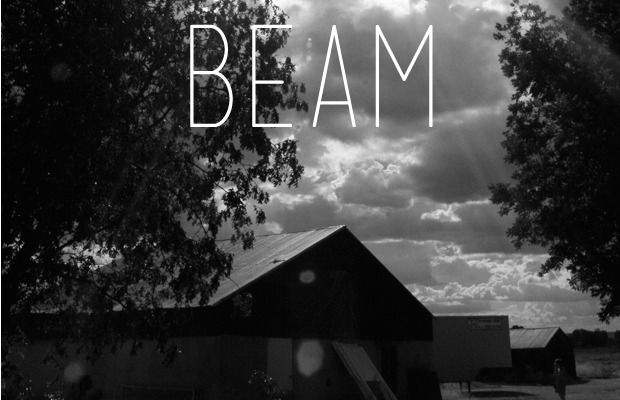 It sounds like something right out of AP’s silly genres list from last year. But dedicated music fans, hipster scum and bloggers are starting to talk about steam-step, an unlikely blend of dubstep’s wobbling propulsion alongside the quirky Victorian-era sci-fi of steampunk. Right now, the movement is hardly a blip on the rock radar. But when Paramore’s Hayley Williams got into a Twitter tiff with AP managing editor Scott Heisel about making steam-step tracks, you have to wonder who else is paying attention.

The philosophy behind steam-step has more to do with the struggle young people face of having to choose between lives of austere humility in service to God or embrace modern life in all of its conveniences, worldviews and selection of culture and entertainment. While reality TV producers have exploited this life significantly (ever see Breaking Amish?), the people in the steam-step scene realize life isn’t as black-and-white as TLC’s townies gone wild or the monochrome lifestyle followed by the Amish. The argument is similar to the fanbase of Christian metalcore acts: How many people love the power and thrall behind those bands, but have no interest in Christ’s teachings? Or vice-versa?

“I’m 19, but I know that entertainment—music, art, dancing—is not inherently evil, despite the teachings I grew up with,” says Elder Munson, a young man from Ohio’s Amish country who makes steam-step music under the name Beam. “I can dance and not stir up any desires for sins of the flesh. I can listen to any kind of music—from Johnny Cash to Skrillex—and not have this need to harm with my body with drugs or alcohol. I think the community needs to understand this.”

While this whole concept seems completely ludicrous, Munson’s aesthetic is actually quite interesting. He gathers three of his friends in the community and takes AP out to a barn behind his house to show us his “rig”: some pieces of steel that look hammered on, several pieces of wood (primarily cherry, oak and walnut) of different lengths and density, and some old records he found outside of a dumpster. As “the band” hammers out interesting polyrhythms on the metal ingots and wood blocks, Munson grabs a record in each hand and begins to shake and flap the destroyed vinyl so it makes a similarly wobbling sound. He hums along, imitating the kind of squelchy wobbles he once heard when he and his friends went to New York City clubs during rumspringa last year. It looks ridiculous, but sounds engagingly urgent: If you needed reference points, a good start would be Tom Waits’ sense of the arcane mixed with the brutal fervor of the early, transgressive industrial bands like Einsturnzende Neubauten and Test Department.

Munson hopes that Beam (“It could mean, like, a ray of light signifying hope or the long piece of wood that holds a house together”) could actually make some recordings. But money is incredibly tight and even the smallest digital recorder is outside his reach. That’s why he has to enlist friends to help him “rehearse” the sounds that he’s hearing in his head, using a notation system of his own design to track his work. “Who in their right mind would do this?” he says laughing. “But I have to do this for me. I shouldn’t have to uproot my way of life simply because I don’t want to listen to folk music and spirituals for the rest of my life.”

The very thought of steam-step actually making an impact remains to be seen and heard. The genre seems to have less than zero potential and can easily be marginalized similar to those obscure historical recordings of decades or a century ago (cf. Harry Smith’s Anthology Of American Folk Music or the Yazoo label’s Hidden Museum Of Mankind compilations). Munson hesitates to call himself a musician or producer, citing a lack of genuine knowhow, experience or technique. But much like punk’s reaction against horrible bloated arena-rock of the ’70s, steam-step is a reaction to, well, no culture at all. But don’t ask Munson to give up his faith, his lifestyle or his desire to seek new sounds. He says by crafting entry points where the old-world charm mirrored by steampunk and the life-acceleration of dubstep can intersect, a safe place—free of ridicule and teeming with inspiration—can be had in a community where terms like “message board” and “chat room” take on completely different meanings.

“There was a boy in Southern Ohio who sent me a mug,” Munson recalls. “He heard about what I was trying to do—I have no idea how—and he told me this mug made really cool noises whenever you fill it with different amounts of water, milk or whatever. He was totally right! He sent me the mug and hoped that I could use it for something if I ever got real recording equipment.” He presents the ceramic vessel, which has a white horse jumping over a mountain range wearing a garland of red roses. Talking to Munson, you get the idea he is that horse, trying to clear the mountaintops, but realizing the attempt is more important than actual success.

“There’s some kind of writing on the bottom of the mug,” he says. “It looks like Russian: ненавижу Интернет на первого апреля. I had it translated. The kid from the high school library told me that it means, ‘I hate the internet on April 1st.’”