Pop-punk five-piece Yearbooks are gearing up for the release of their next full-length, Stepping Stones, and they’re offering up the next single, “Falling Backwards,” exclusively with AltPress.

Formed in 2014, the California-based act self-released their first EP, Hanging By A Thread, the following year. The band—vocalist Kevin Lietz, guitarists Brett Lietz and Jobany Ruiz, bassist Miguel Guzman and drummer Carlos Esparza—followed it up with their debut full-length, Peer Pressure, and later a reworked version of Thread’s “Gemini” in 2018.

Fast forward to present day where the band’s sound caught the attention of Erick Droegmoeller and Less Than Jake drummer and Fueled By Ramen co-founder Vinnie Fiorello who together form Lost Music Collective. Launched just this year, the label focuses on capturing the DIY pop-punk spirit of rising artists.

We’re very proud to announce that we signed with Lost Music Collective . A new label owned by Vinnie Fiorello (Less Than…

Stepping Stones is due in less than a month and will be their first with the label, with today’s release marking the next single, “Falling Backwards.” Expanding their signature pop-punk sound, Yearbooks channel hope and acceptance.

“[‘Falling Backwards’] is about finding yourself in another bad situation and accepting hard truths,” the band explains. “Most importantly, it’s about admitting to yourself that it’s not always your own fault when things go wrong.”

Stepping Stones drops Nov. 1 via Lost Music Collective. You can check out the new video for “Falling Backwards” along with the full tracklist below.

Read more: Bring Me The Horizon drop customized merch based on your Spotify habits 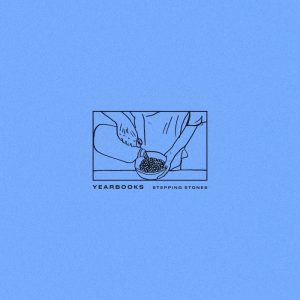