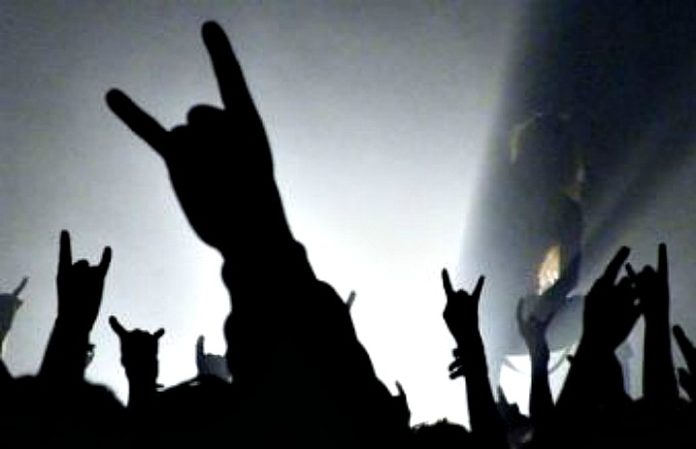 In the Falling In Reverse song “I’m Not A Vampire,” Ronnie Radke sings, “Hi, my name is Ronnie/I’m an addict/Daddy should have never raised me on Black Sabbath.” While it’s a cute quip, it is, as far as psychology goes, inaccurate. While many concerned parents and outsiders like to blame heavy, aggressive music for a person’s poor or violent behavior, there is no credible backing for this idea. In fact, many professional psychoanalysts have studied the effects of aggressive music and the role it plays in listeners’ lives, and they have come to the opposite conclusion.

Read more: 12 heavy bands you should be listening to

In Hardcore, Punk, And Other Junk: Aggressive Sounds In Contemporary Music, author Eric James Abbey argues, “Without it, people repress emotion and become withdrawn and possibly violent and depressed.” And he’s not the only one who believes this. The concept that aggressive music can actually be good for the listener has been professionally studied and reinforced by statistical findings. In their essay “Extreme Metal Music And Anger Processing” published in the journal Frontiers In Human Neuroscience, Leah Sharman and Genevieve A. Dingle report, “The findings indicate that extreme music did not make angry participants angrier; rather, it appeared to match their physiological arousal and result in an increase in positive emotions. Listening to extreme music may represent a healthy way of processing anger for these listeners.” In short, there is evidence that the hardcore and metal bands you listen to really can improve your quality of life.

Still, skeptics may have their reservations. A worried parent or school counselor can try to argue that the teenager they know who listens to this kind of music is more depressed or angry than their peers who don’t. The problem here is what researchers call a causal link. For example, does a person become psychologically worse off because they listen to heavy music, or are do they listen to this kind of music because they already have psychological issues? As far as Sharman and Dingle are concerned, there is zero proof for the former. “Listeners are drawn to music that reflects or improves their emotional state,” they assert in their paper. But how did they come to this conclusion?

The study was actually quite simple. Thirty-nine “extreme music listeners” (extreme music here being defined as “chaotic, loud, heavy and powerful sounds, with emotional vocals, often containing lyrical themes of anxiety, depression, social isolation and loneliness”) were brought in for a controlled test. The subjects were all between the ages of 18 and 34 years old. Each person was, in the first phase of the study, made angry. After raising their anger levels, each person was randomly sorted into one of two groups. One group listened to 10 minutes of extreme music from their own music players while the other group was told to sit in silence for the same amount of time. Throughout the study, each participant’s heart rate was tracked and they were asked questions to deduce their levels of hostility, irritability and stress. What the researchers found was that both groups showed decreased heart rates and stress levels when exposed to music or silence. If it were true that aggressive music makes people angrier, this wouldn’t have happened.

Read more: Here are the 10 most metal cities in America

It turns out that people listen to extreme or aggressive music for several reasons, none of which worsens their state of mind or behavior. Abbey writes in his book, “What is sometimes viewed with a lack of understanding or a feeling of fear is oftentimes used by performers and participants to expel anger, vent frustration or to come to a sense of internal peace,” as well as to become “a part of something that they find greater than themselves.” So, the music you listen to actually has the ability to help you sort through difficult feelings. People who listen to hardcore, punk, metal or even aggressive rap music probably already know this. Those who don’t listen to the same genres might challenge this idea. But the next time they do, just resort to facts. The study in Frontiers In Human Neuroscience finishes with some very convincing percentages: 79 percent of participants said extreme music helped them fully experience anger, 69 percent said that this music calmed them down and 74 percent agreed that it improved negative moods like sadness. Most significantly, all participants agreed that listening to extreme music enhanced their overall well-being.

As far as we’re concerned, these are good enough reasons to keep blasting the heaviest shit you can get your hands on. Cannibal Corpse? Call it therapy. Beartooth? Call it self-improvement. Either way, it looks like music really can change your life for the better. Tell that to your guidance counselor.