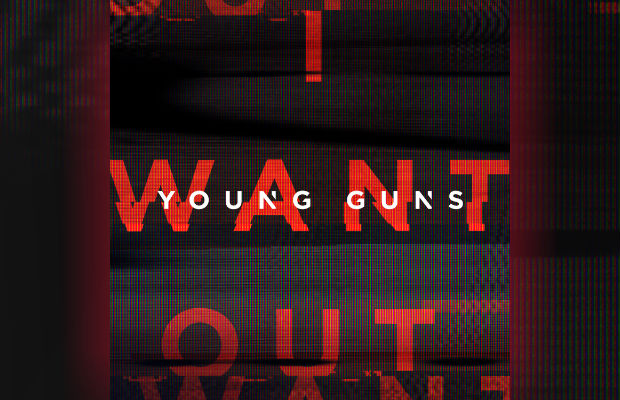 Young Guns are gearing up to release a new album in early 2015, and we have your first listen with “I Want Out.” This debut taste of the album showcases markedly more danceable direction à la the Killers meets the Academy Is…—an exciting progression from their successful 2012 album Bones, the eponymous single from which topped Billboard's Active Rock charts last year.

“This was actually the first song on the record that we wrote, or at least decided to keep,” says lead singer Gustav Wood. “Whenever we're looking to start writing a record it never feels like the process has begun until you've written the first song that’s good enough to set the benchmark for the others, and when we'd written this song we knew that it was the beginning. We had an amazing 18 months off the back of Bones and we're learning and growing as a band, but this song marks the beginning of the next chapter for us. I can't wait to get back to the 'States to play this song as loud as we can, as many times as we can, in as many different places as we can. Thanks to AP for giving us the honour of premiering the song on the site, and for supporting a bunch of british dudes from 4,000 miles away. See you in the fall!”

Stream the song below and tell us what you think!