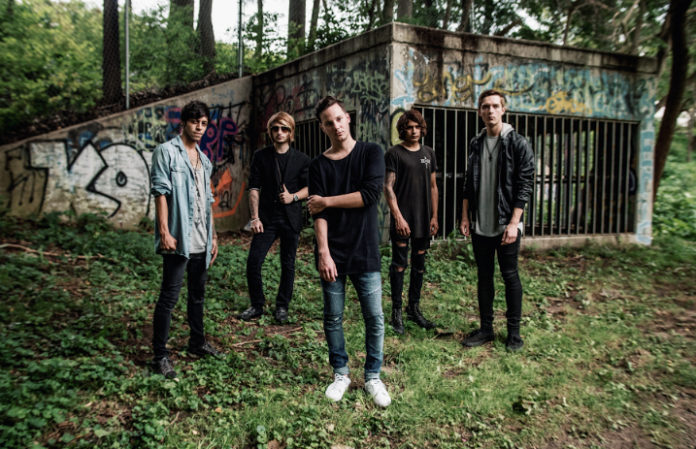 Youth In Revolt have released a politcially charged music video for their new single “The Broken” in time for next week’s election, and you can hear it exclusively at AP first.

The titular track off their upcoming album, The Broken, calls for a revolution. It's a call on fans to join them in a powerful movement to come together and incite change ahead of this chaotic election season. “The Broken” is a song that not only highlights the album’s overall theme of solidarity, positivity and revolutionary spirit, but also sends a message that the band feels it is important for all to hear before we vote on Tuesday.

“‘The Broken’ is the title track for our debut record. We chose to name the record The Broken because the track is a great summary of what we were striving for, both thematically and musically, on the album,” says vocalist Tanner Allen. “The song, in particular, is about finding your way in a world that you don’t understand or fit into, and finding strength, despite what the general population may tell you! It’s a call to arms in a way, our way of saying to come together and find strength in numbers to make it through this rollercoaster of a world that we live in. This is especially important now as our country goes through this absolutely perplexing election campaign that we’re in the midst of. It's paramount that we think for ourselves right now as the divided population is shoving their own opinions down our throats. Musically, this song is a chaotic and powerful rock song. We want people to hear this song and feel like they are a part of a movement with us!”

The five-piece rock band are releasing their debut LP, The Broken, on January 20 through Outerloop Records.