11 Easter eggs in ‘Rick and Morty’ you might’ve missed 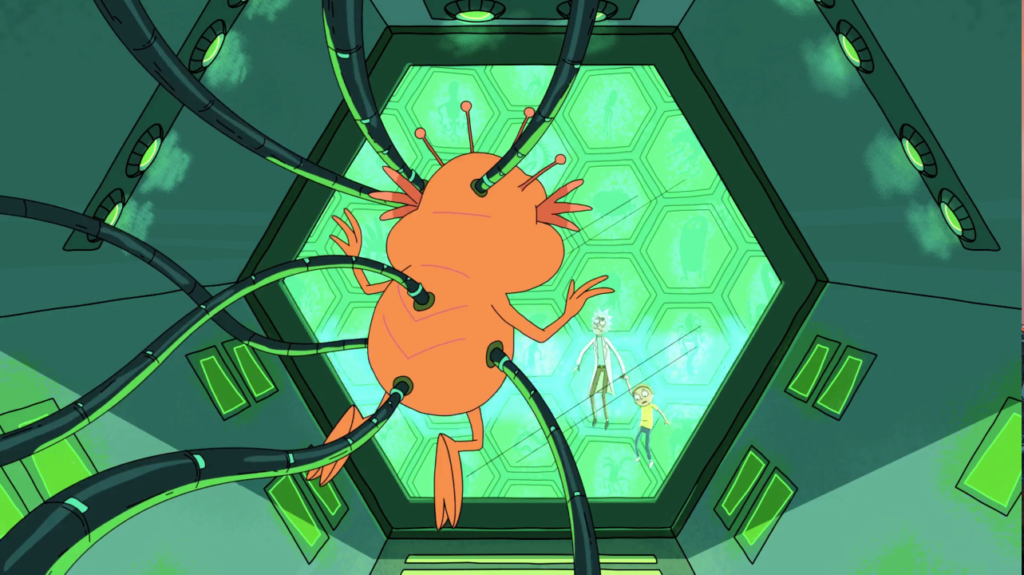 Plutonians popping up on an early spacecraft. (S1, E3 – “M. Night Shaym-Aliens!”): A little inhabitant of ex-planet Pluto appears to be being studied by the Zigerions during Rick and Morty’s escape. 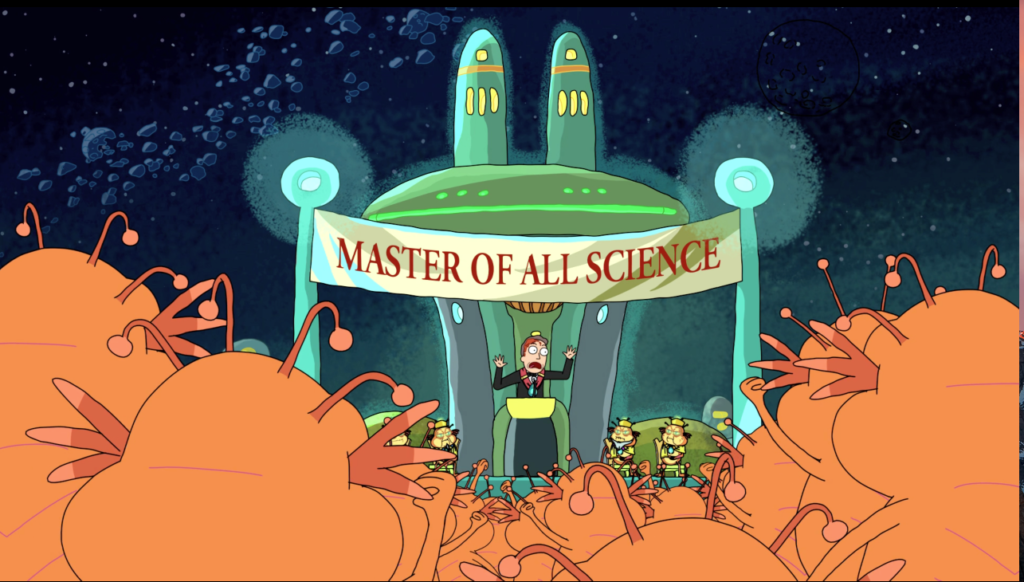 Proof: Who can forget the time that Jerry almost becomes Master Of All Science on Pluto after refusing to believe Pluto is no longer a planet? Something the Plutonians wholeheartedly believe. 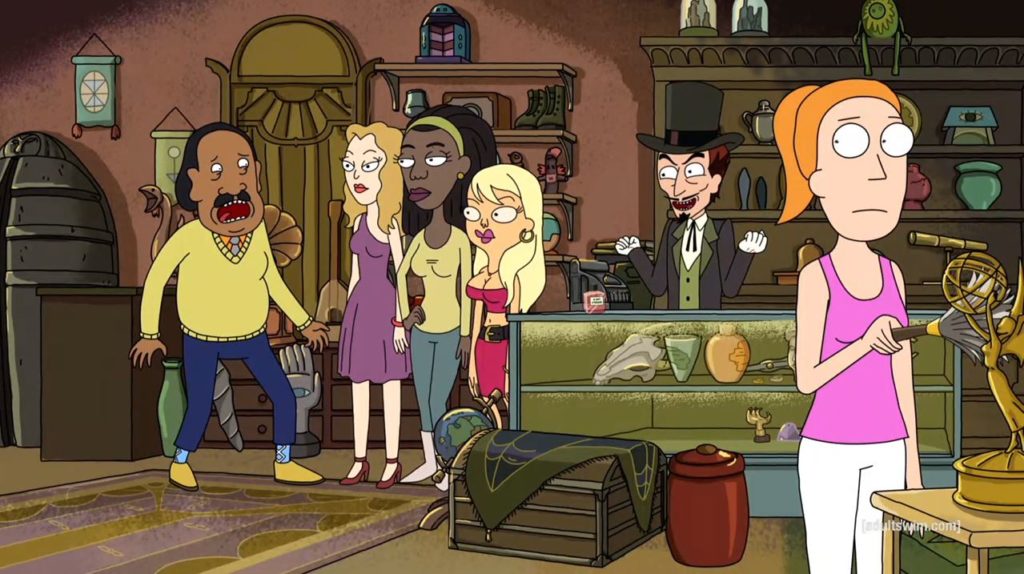 Kermit The Frog in the Devil’s shop, Needful Things (S1, E9 – “Something Ricked This Way Comes”): Look at him sitting on the top shelf. What price do you have to pay for him? Incredible puppeteering capabilities, but you lose your hand? 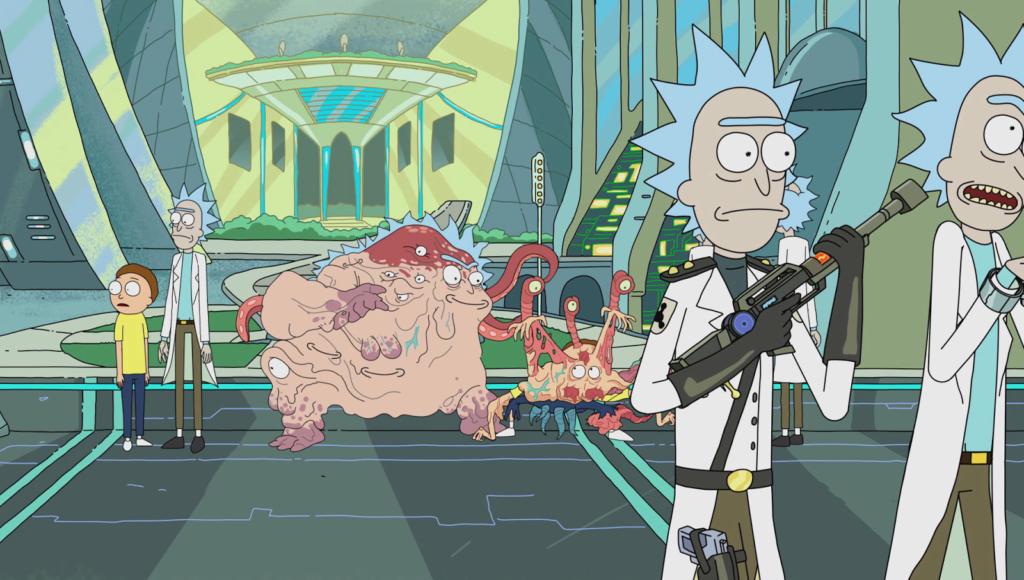 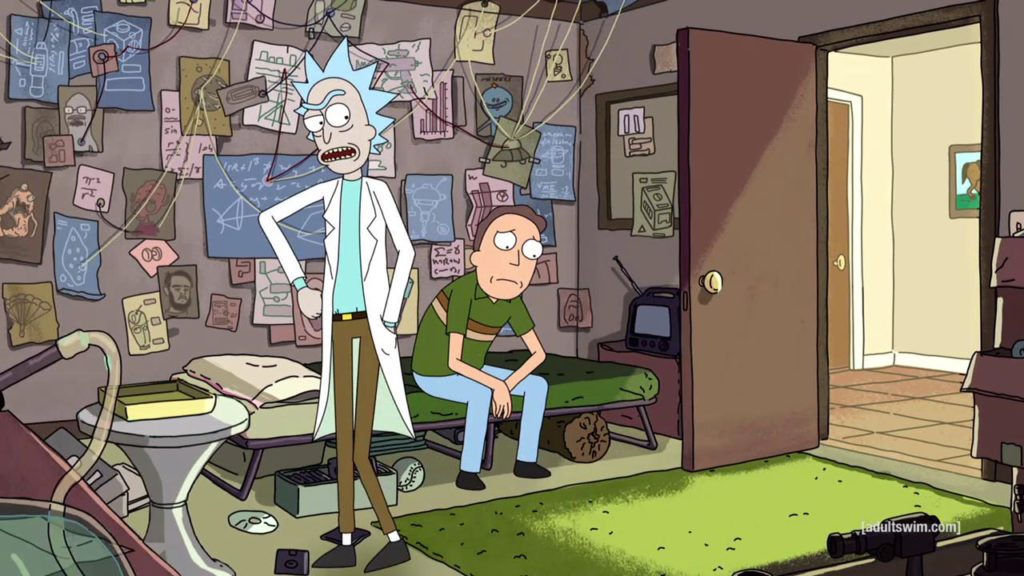 Rick’s Bedroom wall being a storyboard for the entire first season (S1, E10 – “Close Rick-Counters Of The Rick Kind”): It’s quite possible Rick is also the smartest man in our universe — yes, we know he’s a cartoon character. 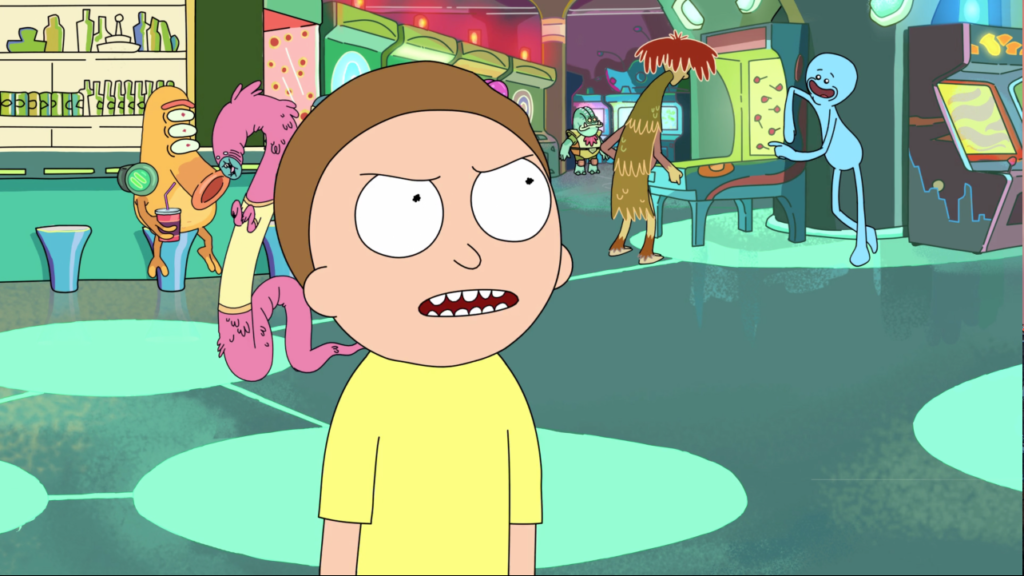 A Meeseeks helping out an arcade player in (S2, E2 – “Mortynight Run”): Is he there to help the player, or are Meeseeks actual lifeforms that can roam around? Too many questions, not enough answers. 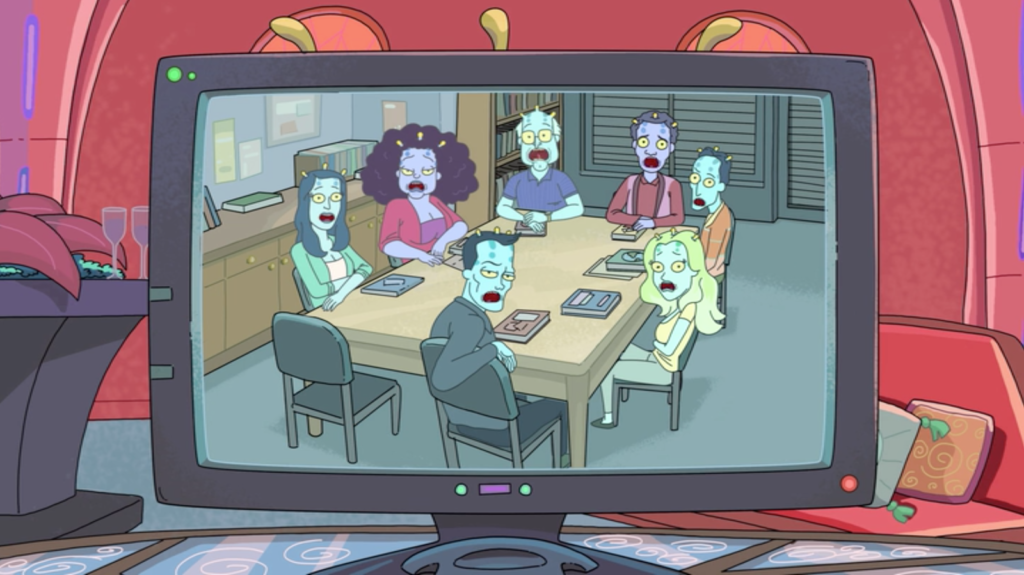 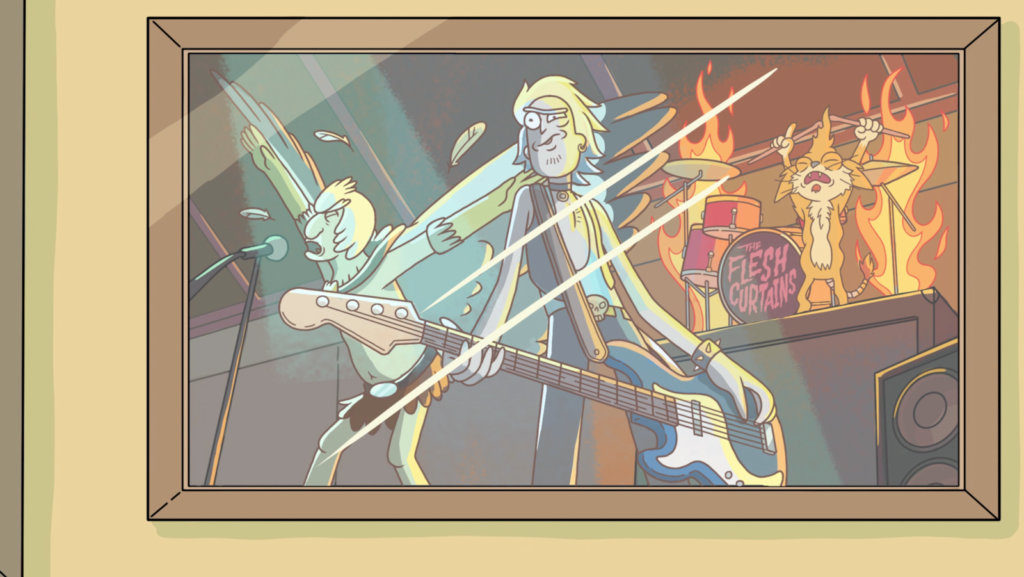 Rick, Birdman and Squanchy’s band (S2, E5 – “Get Schwifty”): We’d be seriously up for an interview/review if someone could hook us up. We need more cats on drums. 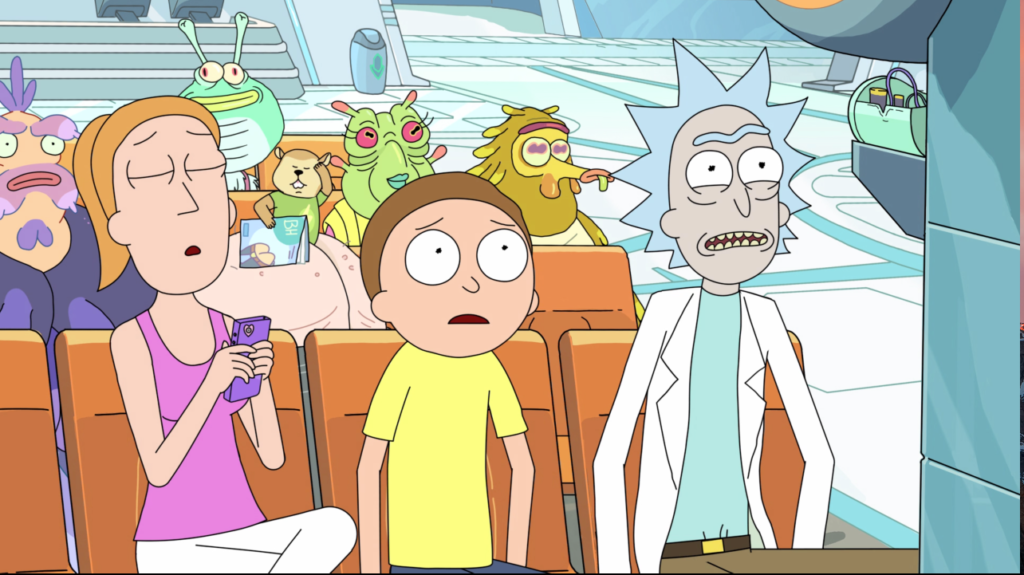 A Hamster In Butt getting disgusted by the hospital’s cable TV (S2, E8 – “Interdimensional Cable 2: Tempting Fate”): That’s right, everybody’s favorite intergalactic species, the Hamster In Butts, make a reappearance. They also have a low tolerance of trash TV, apparently. 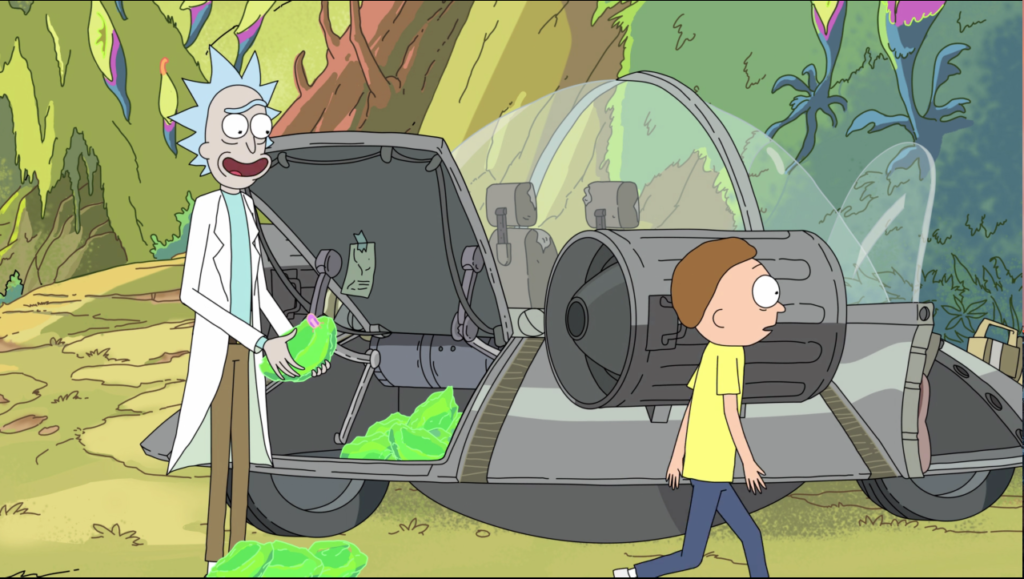 Rick infecting the house with space parasites (S2, E2 – “Mortynight Run”): Well, the eagle-eyed amongst you might have noticed that the space rocks Rick is loading into his ship are actually infected with the space parasite eggs. 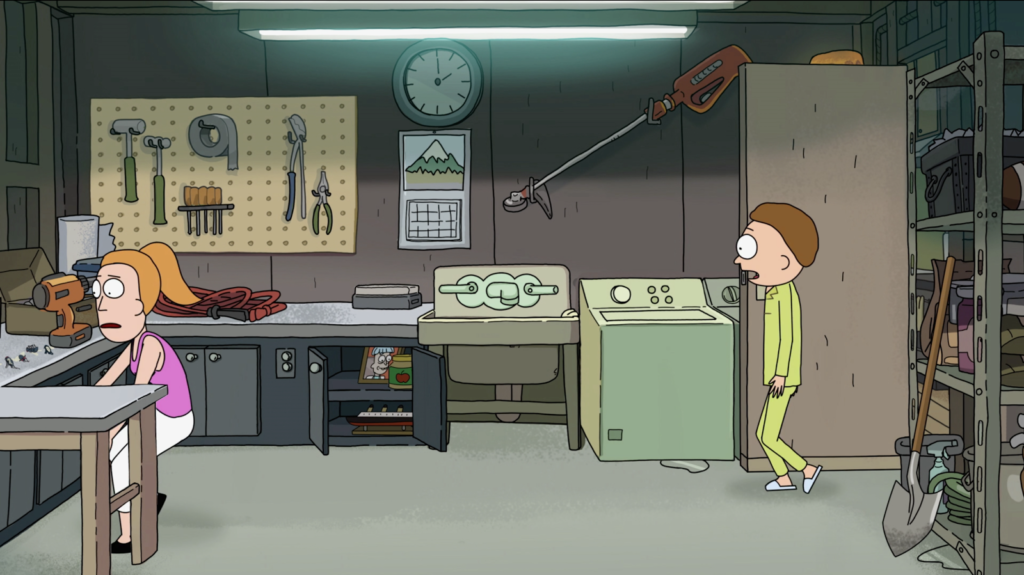 Jerry keeping a photo of his favorite Rick hidden in the garage (S3, E1 – “The Rickshank Rickdemption”): Just imagine what “real” Rick would say if he found that. Stupid Jerry. 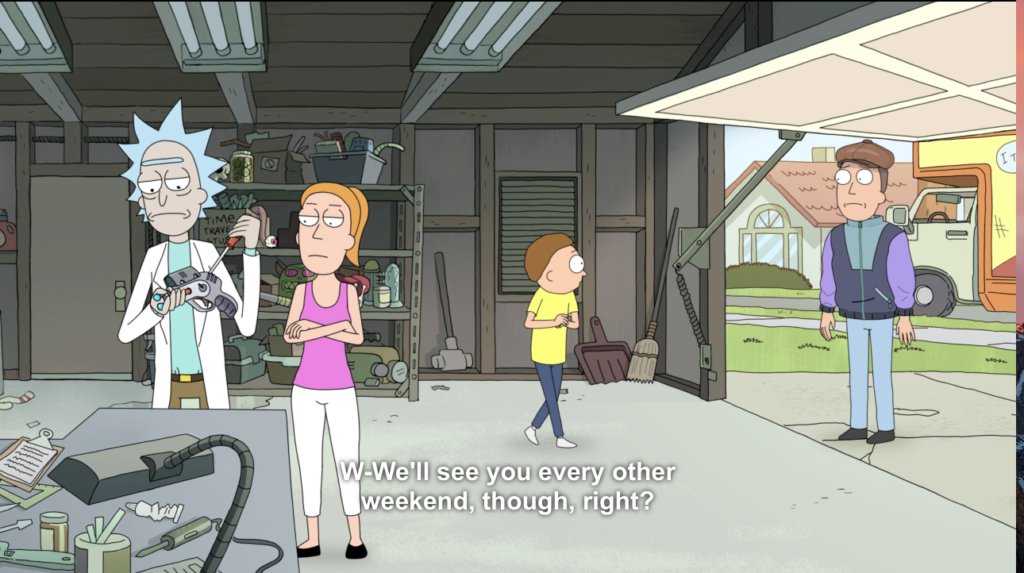 The potential for continuity (S3, E2 – “Rickmancing The Stone”): In the second episode of season three, after (spoiler alert?) Beth and Jerry get divorced, Morty asks Jerry if he’ll see him every other weekend. Jerry doesn’t appear in the third episode, sticking true to the custody. 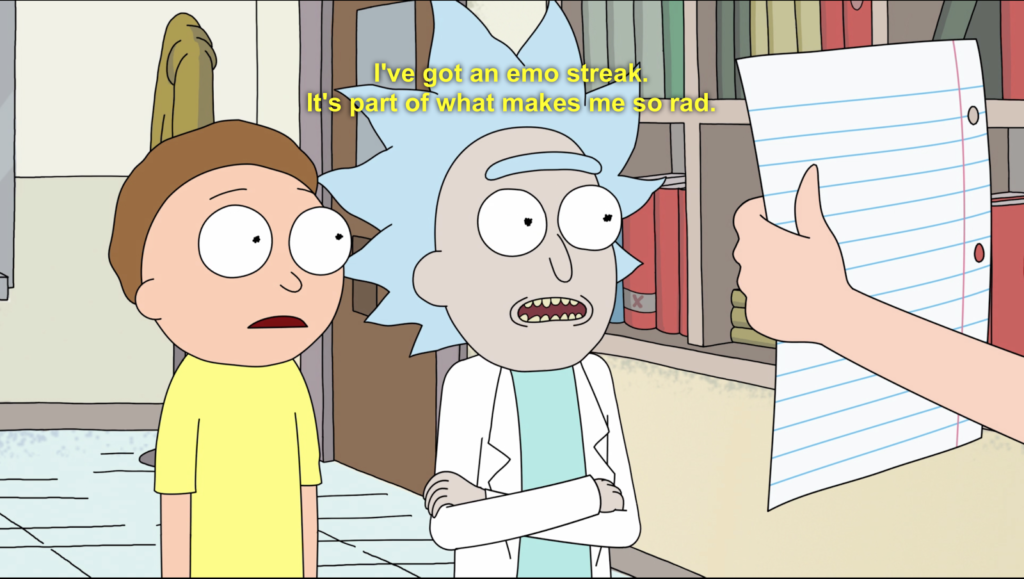 Bonus: Tiny Rick really nailing what AltPress is all about.

Now that season three of Rick And Morty is in full swing, what better time to have a look back at the past seasons and to see those hidden Easter eggs you might not have caught — unless you’ve watched each episode 100 times like we have, in which case, add any we may have missed below.

From Jerry wanting to remember his favorite variation of Rick to the origins of the space parasites, the interdimensional world of Rick And Morty is a never-ending connection of places, people and, most importantly, things. Here’s some evidence to prove it.