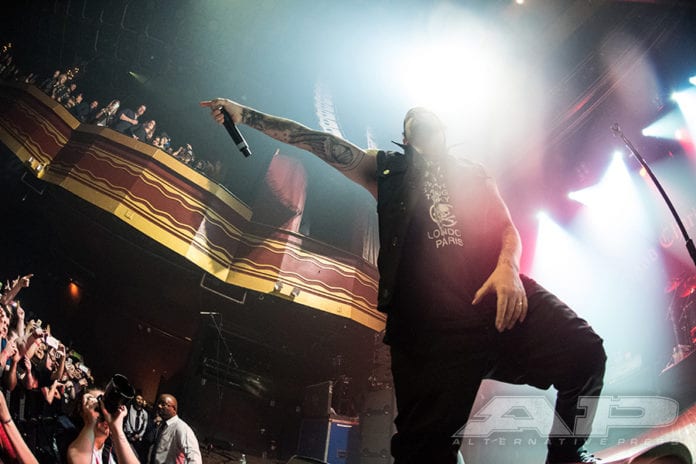 Anyone who attended last night’s Good Charlotte show at New York City's famed Webster Hall left hoarse, soaked and feeling like a teenager again (about 60 percent of the crowd were teens). The third night of a four city East Coast tour, dubbed The road to the APMA's, consisted of a raucous set featuring hit after hit from the band's five album catalog—and a few new ones from forthcoming album Youth Authority, out July 15th.

The show opened with Houston-bred Waterparks in promotion of their new EP Cluster (Equal Vision). They are no strangers to playing shows with GC, as they were the sole opener for Good Charlotte’s comeback show at the Troubadour last November, and they'll be playing alongside them at this summer's Warped Tour.

Ripping through hits and deep cuts alike, the Madden brothers harmonies were matched equally by crowd voices, even when new jams Makeshift Love and 40 oz Dream were performed. Catch Good Charlotte at this year's APMAs on July 18 in Columbus. Get your tickets now!