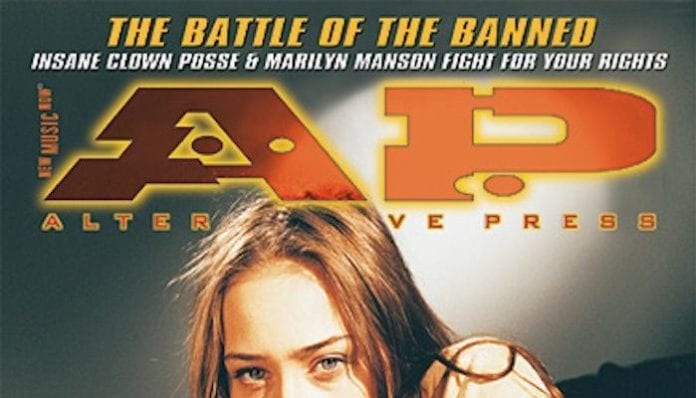 When thinking of iconic Alternative Press cover shoots, you may think back to artists such as My Chemical Romance, Paramore, Green Day or even Fugazi. However, with 361 covers under our belt, there have been a few oddballs thrown into the mix. Here are 10 artists who have made a surprising appearance on our cover.

Read more: Andy Biersack talks androgyny, anxiety and everything in between

MORE ABOUT THE HISTORY OF AP

It was 33 years ago that Mike Shea laid out the first issue of Alternative Press on his parents’ kitchen table in Aurora, Ohio.

Fueled by the rage that the Smiths were not playing Cleveland, he vowed he would start his own music magazine that covered the music he liked and not the stuff that accountants and consultants were programming on radio and MTV.

The pages of AP reflected the listening habits of miscreants of all stripes, from angry hardcore dudes to sullen goths, Anglophiles with symmetrical haircuts, hair follicle-challenged metalheads and all the tribes in between.

Read more about our history: 20 things you didn’t know about Alternative Press

Despite our best efforts, a lot of people out there still think that we’ve only been at this for five years, maybe 10. That’s okay, because when Nirvana was on our cover, we were trolled by dullards who sneeringly asked if we “prayed to God for giving you Kurt Cobain so you could have jobs.” (Bitch, please: We’d already been doing this for six years before the Seattle legends graced our cover for the first time in 1992.)