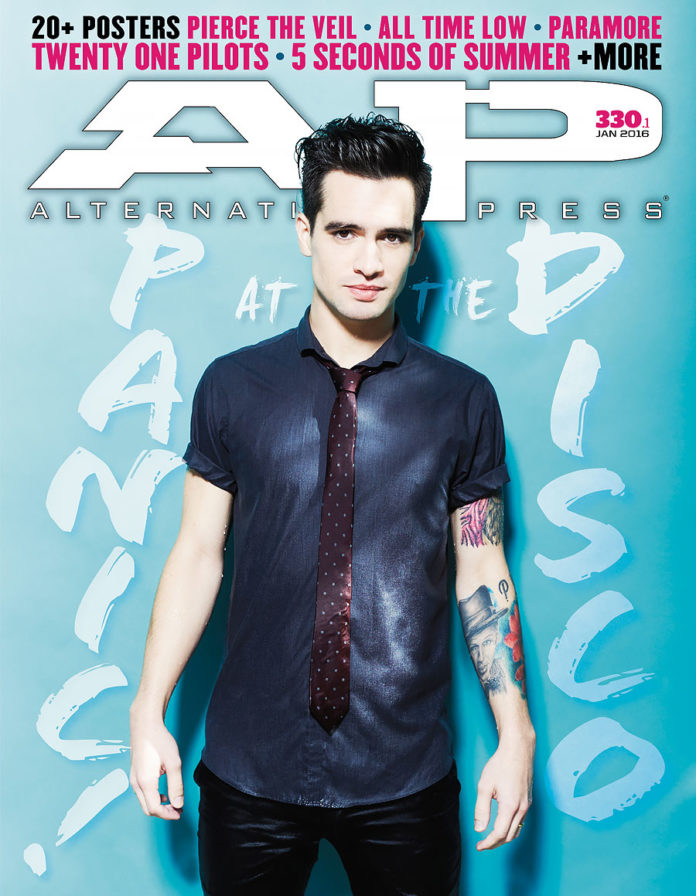 Dive into Panic! At The Disco; catch up with Jeremy McKinnon; get down with Fronzilla; and tear out the cool pix in our annual poster issue!

PANIC! AT THE DISCO
After crucial lineup changes and several stylistic reboots, people wondered what would happen regarding Panic!’s most recent album. As Brendon Urie assures us, the golden boy of emo-pop is back and better than ever.
Written by Evan Lucy • Photo: Jonanthan Weiner

AP’S POSTER SPECIAL
Exclusive shots of PARAMORE, 5 SECONDS OF SUMMER, PIERCE THE VEIL, BRING ME THE HORIZON, TWENTY ONE PILOTS and more.

AP TOUR WRAP-UP
We’re looking back on the AP Tour with photos and exclusives—did your town make it in?

JEREMY McKINNON
Interview by Evan Lucy
Even though A Day To Remember appeared to take “a year off,” McKinnon’s time has been anything but idle.

LOWER THAN ATLANTIS
Story by Dan Slessor
These British punks could care less what any critic thinks, and aren’t afraid to say so.

FRONZILLA
Interview by Geoff Burns
The Attila frontman hits the scene in a new way—releasing a rap album under his moniker.

AP: DIY
Stories and advice from ALL TIME LOW, YELLOWCARD, MISS MAY I, MOTIONLESS IN WHITE and others.