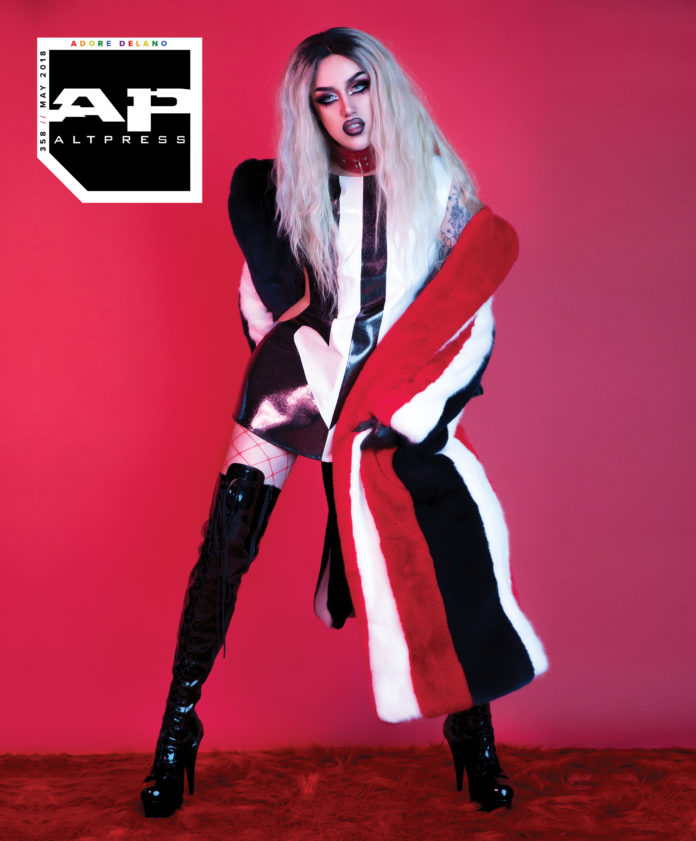 Adore Delano is disrupting the world of drag with her punk-rock, filter-free attitude; State Champs prove themselves; Against The Current get topical; Korn’s Jonathan Davis gets psychedelic

ADORE DELANO
After being launched into the greater consciousness via stints on American Idol and Drag Race, the late-20s drag queen has become as fierce as any mosh pit. Fueled by both a massive, dedicated fanbase and the overarching need to get things done on her terms only, she’s shaking things up, even if the outcomes seem both fun and scary.

10 ESSENTIAL
Songs To Show Your Pride.

12 BANDS
We don’t stop living in the red, and neither do this month’s picks.

IT GOT BETTER
TRASH BOAT’s Tobi Duncan encourages everyone to find their true identity.

STATE CHAMPS
Albany, New York’s most passionate pop-punkers tell us in their own words how they are just five guys whose wildest dreams came true. They are truly Living Proof.

IN ON THE OUT SIDE
Throughout the multifaceted history of rock, LGBTQ culture has always been celebrated. This is where we connect history’s big dots to today’s new awareness in order to open minds and lengthen playlists.

LIGHTING THE FUSE: 10 BANDS TO BLOW THINGS UP
Soon Warped will be history and radio will never be any good. Here are our picks for new bands poised to shake up 2018—and beyond. 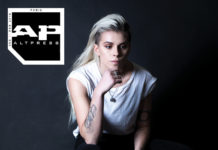