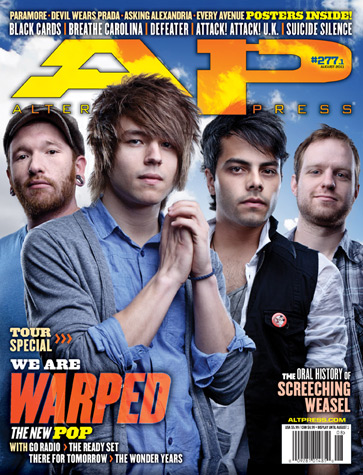 THE ORAL HISTORY OF SCREECHING WEASEL

For two decades, Ben “Weasel” Foster has been a staple in America’s pop-punk underground. And the story of Screeching Weasel has more twist and turns than the average human being’s digestive tract.

The dance-pop duo will hunch over a laptop or launch themselves into a moshpit if it means getting you to move to their tuneage.

Those who don’t know history are destined to stand in this Boston hardcore unit’s shadow.

Who says you’re not supposed to have fun in a hardcore band?

Pete Wentz gets back to the thing that made him a successful label owner and entrepreneur: making music.