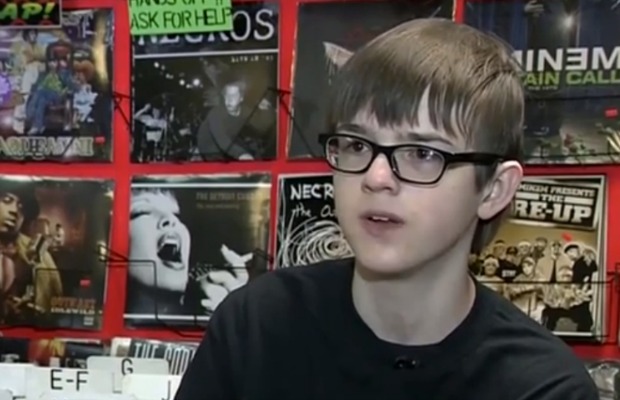 16-year-old Detroit native Jarett Koral founded Jett Plastic Recordings at the age of 14 and has since pressed records for 12 different bands.

His most recent pressing is for Macaulay Culkin (yup, the Home Alone star)’s band the Pizza Underground; it’s a Record Store Day seven-inch containing the band’s original demo, which, so far, has only been available on cassette. According to Consequence Of Sound, the band’s first vinyl will be available in “pepperoni Pizza and Mozzarella-colored variants.”

In an interview with WBTV, Koral said he got his start when local musician Greg Beyer “was putting out a full-length record at the time, and he was looking for another label to put out the 7-inch. I said, ‘Okay, I’ll do it,’ without really telling anybody.”

“I’m not really making a ton of money with it,” he said. “But it’s cool and I have something to show for it.”

Watch the story below via ClickOnDetroit: