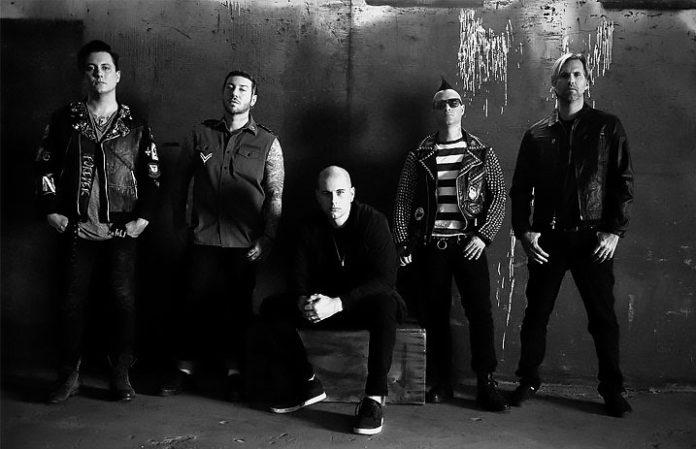 A 19-year-old stagehand died after an Avenged Sevenfold show in Germany on Monday, Feb. 20.

The incident occurred at 2:00 a.m. when a 26-year-old co-worker fell from the rafters on the 19-year-old victim, who was a part of the local crew. The 26-year-old is currently in the hospital in critical condition. The 19-year-old, tragically, did not survive his injuries.

A spokesperson from the venue said to German news site Bild: “We have never had a fatal accident since the opening of the Schleyer-Halle in 1983. It is a terrible tragic event. We mourn with the family and friends of the young man.”

The specifics of the incident are unclear, but Bild reports that an expert is going to reconstruct the accident.

Avenged Sevenfold performed in Stuttgart, Germany. It was the sixth stop on the 17-date European tour with Disturbed and Chevelle.

Reportedly due to illness, Avenged Sevenfold canceled tomorrow's in Milan, Italy at the Forum.

Due to an illness, the Milan show is cancelled. We feel terrible to miss the amazing fans and will reschedule ASAP. More info forthcoming.

Avenged Sevenfold have since commented on the tragic incident through a post on their website. Their statement reads:

“We have some very sad news to report. Last night after our show in Stuttgart, Germany, a 26 year old stagehand fell from the rafters while breaking down our stage. He fell a very far distance onto a 19 year old man on the local crew. Tragically, the 19 year old died from his injuries. The other man is now in critical condition at the hospital. This is beyond heartbreaking to everyone in the band and on our crew. We all send our thoughts and prayers to the man in the hospital, both families involved, all of the local Live Nation crew and everyone else whose lives have been affected by this terrible accident. We love our crew so much as well as the many local staff who are essential to our show every night wherever we are around the world. This is such a stark reminder of how quickly an accident can happen and lives shattered in the process. When we hear more we will update you.”