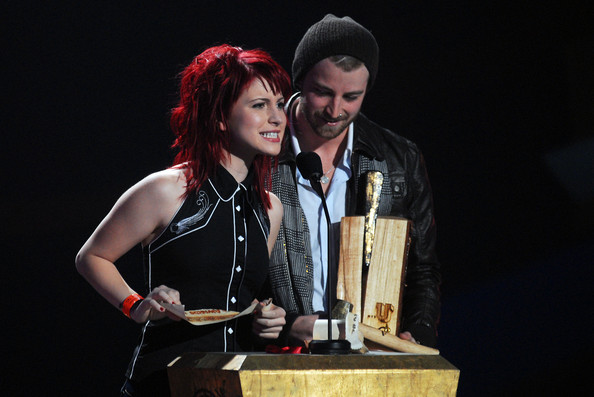 mtvU, the 24-hour college network arm of MTV, announced today that the 2013 mtvU Woodie Awards and Festival are returning to Austin, Texas Thursday, March 14. The day of musical performances will take place during the SXSW Music Festival. MTV and mtvU will air a half-hour 2013 Woodie Awards Special Sunday, March 17 at 8 p.m. ET/PT.  mtvU will announce nominees and performers at a later date.

Each year, the “Woodies” celebrate breakthrough artists, and this year's show is also spotlighting the best emerging musicians on campus. Up to four nominees will be selected and then profiled on MTV.com; the audience can then vote on their favorite. The band or artist with the most votes will have the chance to travel to Austin to play the opening set at the Woodies Festival, before receiving their very own chunk of wood in a new Woodie Awards category.  College musicians interested in participating can send their name, contact info and links to their videos to [email protected] More details on this category to be announced soon.

The Woodie Awards Festival will begin at 2 p.m. CT March 17 with a host of live performances from up-and-coming artists. The event is open to all SXSW badge holders and music fans older than 18. The performances will lead up to the 2013 mtvU Woodie Awards, which will take over the festival beginning at 8 p.m. CT March 14, 2013.  Music fans without SXSW badges will need a “Woodies” ticket for entry. Tickets to the event are free and available in the Austin Convention Center (additional details to be announced soon).  On Sunday, March 17, 2013 at 8:00 p.m. ET/PT, mtvU will bring the best moments from the show to MTV and mtvU in the half-hour 2013 mtvU Woodie Awards Special.  The hosted special will showcase some of the best Woodie Awards performances and celebrate the artists who walk away with Awards this year.