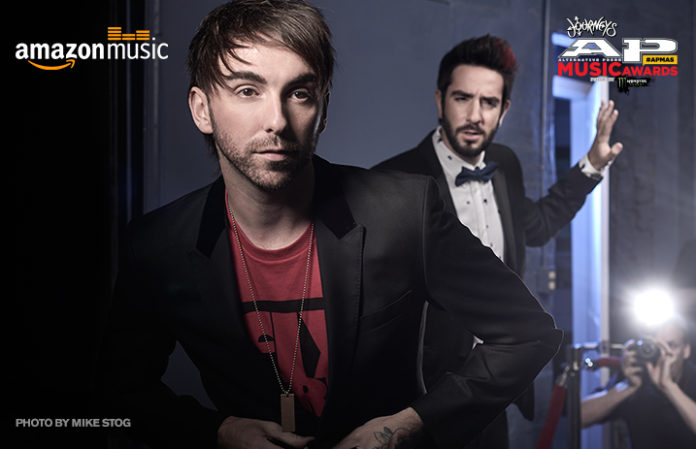 With the scene's biggest night right around the corner, the 2016 Journeys Alternative Press Music Awards, Fueled by Monster Energy, are pleased to announce that, thanks to Amazon Music, fans will be able to watch the live stream exclusively on Twitch, the world’s leading social video platform and community for gamers.

The live APMAs broadcast will air on the Amazon Music Twitch channel www.twitch.tv/amazonmusic and at http://www.amazon.com/APMAs starting at 7 p.m. ET/4 p.m. PT on Monday, July 18.

To watch the APMAs, go to www.amazon.com/apmas for complete viewing instructions. To watch on your TV, download the Twitch app from your TV's app store. Open the Twitch app and search for “amazonmusic.” To watch on your mobile phone, tablet or computer, go to www.twitch.tv/amazonmusic on Monday, July 18 at 7 p.m. ET. The Twitch platform is viewable on both iPhone and Android devices. You can also watch the APMAs via the Twitch platforms on Playstation 4, Xbox One, Xbox 360, Chromecast, Fire TV and Nvidia Shield.

You also can watch the APMAS via the Twitch platforms on Playstation 4, Xbox One, Xbox 360, Chromecast, Fire TV and Nvidia Shield.

“Collaborating with an influential and ground-breaking company like Amazon on the official live stream for the 2016 Alternative Press Music Awards is going to amplify our show unlike ever before,” says Mike Shea, Alternative Press founder and CEO. “Since our first meeting, the Amazon team has shown a deep understanding of the AltPress community, so being able to work together with them, as well as our friends at Twitch, Monster and Journeys, packs a powerhouse of a punch. Now music fans worldwide will be able to view the AP Music Awards as all the excitement unfolds in real time.”