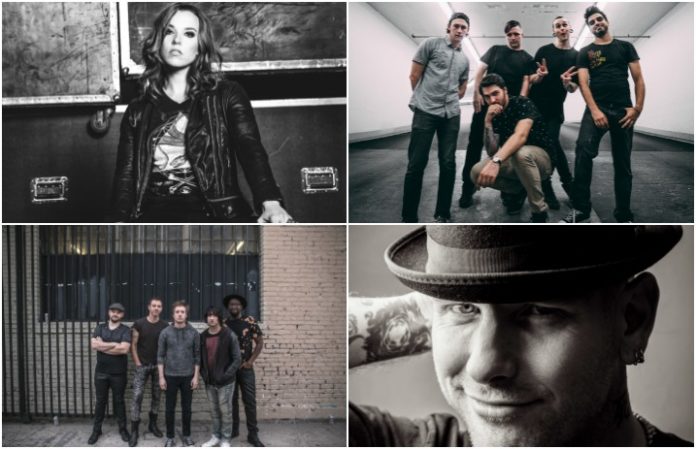 With the big night right around the corner, the 2017 Journeys Alternative Press Music Awards are thrilled to announce even more performances and special guests appearing at this year’s main event.

In celebration of this special performance, Fearless Records is giving one winner and a friend a chance to win a flyaway for two to the APMAs, a one-year subscription to Alternative Press and an Amazon Echo (grand prize valued at $3,500). You can submit your entry here before July 2 for a chance to win.

In addition, more special guests have been announced! Viewers can expect to see appearances from: Patty Walters of As It Is, Attila, Avatar, Ollie Baxxter of Broadside, Chad I Ginsburg of CKY, Creeper, Dance Gavin Dance, Grayscale, Hands Like Houses, I Prevail, I See Stars, Jeffree Star, Juliet Simms, LIGHTS, Lynn Gunn, SWMRS, State Champs, Corey Taylor of Slipknot/Stone Sour, Sleep On It, members of Sum 41, William Control and Dan “Soupy” Campbell of the Wonder Years.

To be a part of history at the APMAs, get your tickets here! Tickets are available now, with a limited number of VIP packages remaining. In honor of their 32nd birthday, AP has discounted tickets available for the APMAs, but for a limited time only. As our special gift to fans, these low prices will be offered throughout the rest of the month and start at just $15.

The APMAs will once again broadcast live internationally. Details on streaming to come next week.

There are less than 10 days left to cast your vote for your favorite artists, so be sure to make your voice heard here.

Read more: QUIZ: Which 2017 APMAs Album of the Year nominee are you?