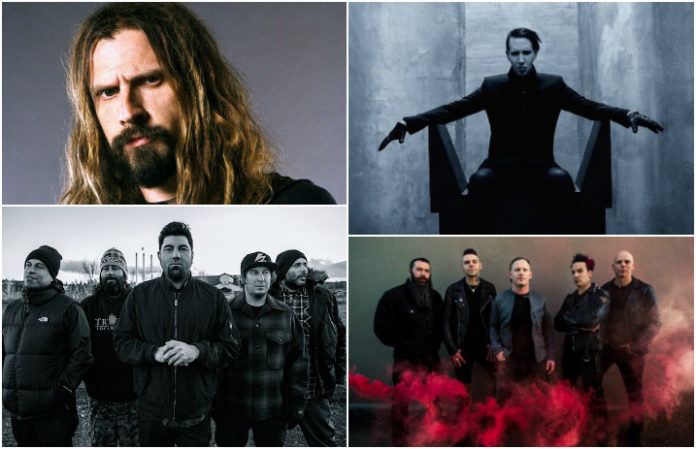 “Ozzfest Meets Knotfest” is back, and they just revealed a stellar 2017 lineup, boasting Ozzy Osbourne, Prophets Of Rage, Deftones, Rob Zombie, Marilyn Manson and many, many more.

Take a look at the dates and lineup below!

The two-day festival, taking place Saturday, November 4 (Ozzfest) and Sunday, November 5 (Knotfest), will be held at Glen Helen Amphitheater And Festival Grounds in San Bernardino, CA. Plus, there’ll be a special pre-fest kickoff Friday, Nov. 3 for all ticketed campers.

“Last year's show with Black Sabbath was just incredible and I'm thrilled to be coming back this year with Zakk, Tommy, Blasko and Adam to headline the 21st anniversary of Ozzfest,” Ozzy Osbourne himself says.

Fans might notice that Slipknot is not on this year’s lineup, and Corey Taylor explains that the festival was never supposed to just be about Slipknot—but more about the things that fueled the spirit of the band.

“Knotfest was never supposed to be exclusively about Slipknot. It was always about the things that fueled the spirit of Slipknot: music, art, passion, insanity, and the tribes that give it power,” Corey Taylor explains.

“So it would make sense for Knotfest to carry on these ideas, even without Slipknot. Because these things are the gasoline of creativity, and there's plenty to go around, with plenty of great bands, acts and things to see.  Teaming up again with Ozzfest means another weekend of the biggest, baddest, loudest and best. I hope you all will join us; it's going to be (sic).”

Tickets go on sale this Friday, July 14 at 10:00 a.m. PST at OZZFEST.COM and KNOTFEST.COM, with a variety of ticket prices and packages.

Take a look at the lineup below!

Who are you most excited to see at the festival this year? Let us know in the comments below!