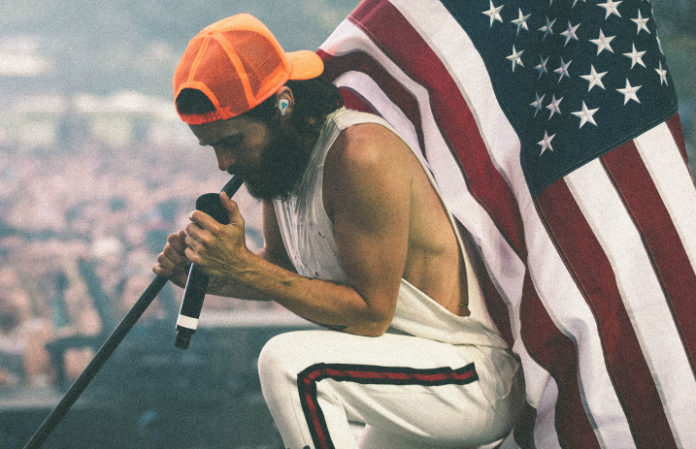 With the Fourth of July being less than a week away, Thirty Seconds To Mars are looking to showcase the United States “in all its imperfect glory” with their new “A Day In The Life Of America” film project.

Find out how you can help below!

Thirty Seconds To Mars will have film crews in all fifty states along with having crews in Puerto Rico, but they're also looking to receive footage from fans. They're also encouraging fans participating in the project to “as brave, bold and creative as possible.”

Along with those requests, they're looking for fans to answer questions like “What does America mean to you?” and “What is the state of the country today?” They won't be accepting any submissions until midnight on July 4 as they're looking to only have footage from that day in the film.

“It’s an incredibly important time in our country and we are excited for people to film what they feel is important, impactful, challenging or inspiring. Whether it's a single shot, a person, an event, or a story – we want to see your America. The birth of a child, the end of a life, the sunset, the sunrise, politicians, immigrants, a sky diver, a firefighter, heroes and villains, and every race, color and creed that make up the fabric of our nation. And of course – celebration and fireworks,” writes frontman Jared Leto.

If you're not in the United States, the band also invites you to contribute to the project by sending “your thoughts on America and the American dream” here.

You can find more information on the project along with telling the band that you plan to participate here.

Thirty Seconds To Mars recently teased that their new album would be “coming” soon with a video teaser on Twitter. Leto has talked about the forthcoming album in the past with NME: “I’m a big believer that it’s okay to let go of your past and explore new territory, so that’s what we’re doing.”

And when asked to describe the album in three words? “It’s very sexual.”