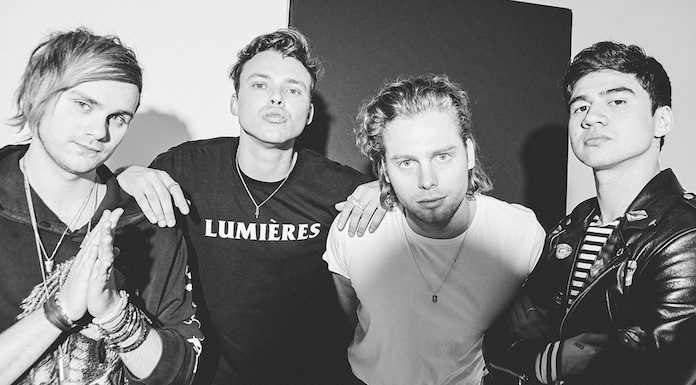 5 Seconds Of Summer are going “On The Record” ahead of their new album Youngblood‘s release. The Australian hitmakers give fans the true story behind their music on Apple Music’s ongoing documentary series based on notable releases.

The film will be available June 11 on Apple Music. Featuring “candid interviews and behind-the-scenes footage,” the exclusive movie “takes a close look at the band’s return with Youngblood,” 5SOS’ anticipated third album.

“We wanted to set a tone for a new direction…a complete clean slate and start again,” the group say in a press release. “We needed to take that risk to move forward.”

Watch the preview for the “On The Record” doc below:

Get ready for #Youngblood!
Find out more about @5SOS' new album soon.
Watch the film June 11, only on Apple Music. #OnTheRecordhttps://t.co/76hTVSXoq9 pic.twitter.com/PZOmFKysLk

5SOS will also play a special one-night-only New York show to celebrate their album and documentary release on Friday, June 15. Fans can sign up here to enter to be an exclusive concert guest of the band and attend a screening of the short film.

School’s out for Summer

As we previously reported, 5 Seconds Of Summer revealed last month that their new album would be out sooner than expected. The release date for Youngblood, the group’s third full-length effort, was upped from June 22 to June 15.

And you can pre-order Youngblood right now here. The band will be hitting the road this fall, following the new record’s release and exclusive Apple Music “On The Record” doc. Check out the list of upcoming 5SOS tour dates below:

The first leg of the Meet You There Tour is coming to North America this August! Get tickets on April 13th at 10am local time