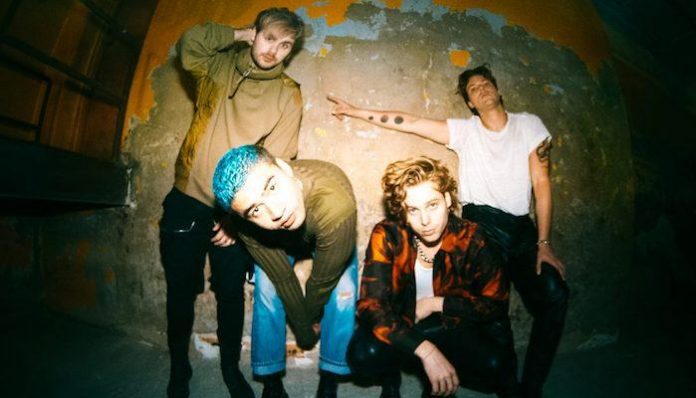 Fans of 5 Seconds Of Summer have been in a battle with Billboard to get the band to the No. 1 spot on their chart rankings after a shipping error for their fourth album C A L M caused their sale numbers to appear lower. Now, drummer Ashton Irwin is speaking out on the issue.

In a new video posted to his Twitter account, the drummer gives his thoughts on the issues they faced with albums being sent out early affecting their numbers while telling fans he’s proud of what they’ve accomplished.

To backtrack, the album ranked at No. 62 on the Billboard 200 in the U.S. a week early while snagging the top spot in Australia.

On March 30, the band tweeted that 10,000 copies of their album were sent out early in the U.S. That meant those records were appearing in the previous week’s chart. As it turns out from Irwin’s new video, the 10,000 copies weren’t the only ones but the band managed to get the majority back in time to save some of their numbers.

“We still wanna make our album chart next week as big as possible and want to thank you all so much,” the post reads.

After that, 5SOS fans got #billboardcountthe10k trending on Twitter in reference to the missing 10,000 copies. Fans even started an online petition that at the time of writing is sitting at just short of 30,000 signatures.

The album’s premature shipping error ranked them at No. 62 on the charts initially and the No. 2 spot for their second week. The first spot is still being held as The Weeknd’s After Hours.

In a statement, the band confirm they were just 5000 copies short of number one. You can read their statement below.

“C A L M — the acclaimed new album from 5 Seconds of Summer (5SOS) — debuts at #2 on the Billboard 200 with over 133,000 equivalent album units sold, just 5000 short of the number 1 spot. This was in spite of a clerical shipping error that saw 11,000 CD sales appear in the chart one week early.  C A L M lands at #1 on the Top Album Sales chart selling over 113,000 in physical album sales. In addition, the bands fourth studio album took the #1 spot on the charts in Australia and in the UK, where C A L M  is the third biggest week one of the year.”

Now, Irwin is sharing a video addressing the issue. In the clip,

“Other artists have had records released early before and the charts have been amended. Seems like that’s not going to happen for us. But I want you to know that I am extremely proud of this fanbase for having a voice, voicing it and knowing how powerful they can be when they unite together,” he says.

“I’m apprehensive to share this video, I think I’ve censored myself fairly well, I feel fearful to speak up about the albums that went out early for fear or loosing partnership with media outlets… but here’s some thought’s…”

I’m apprehensive to share this video, I think I’ve censored myself fairly well, I feel fearful to speak up about the albums that went out early for fear or loosing partnership with media outlets… but here’s some thought’s… pic.twitter.com/yWHfpZtIT9

What do you think of Ashton Irwin’s video about the 5 Seconds Of Summer chart ranking? Let us know your thoughts in the comments below.