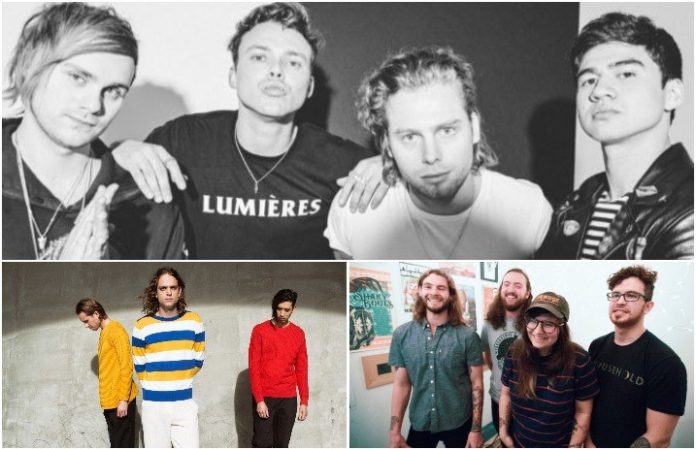 Hear a new song from worlds greatest dad—plus, watch a tour recap video from 5 Seconds Of Summer. Check out the news you might have missed today below!

The band’s new album, YOUNGBLOOD, is due out June 22.

The track is taken from their debut album get well soon, out May 11.

Privileged to announce that Shortly will be touring, full band(!!), with one of the most bad ass women I have ever met. pic.twitter.com/YbsvMA4CxL

The two acts will be hitting a few festivals along the way, including Bled Fest and Spring Fling.

5. The Faim dropped a music video for “Midland Line.”

We’ve had the track on repeat all day.

6. Hopesfall announced their first shows since 2011.

Atmospheric reentry was a little rough. Looks like we’re going to be grounded for quite some time. In that case, we are extremely excited to announce that we will be playing 2 shows in July.

Melodic hardcore legends Hopesfall announced that they’ll be playing two special shows in July around the release of their new record, Arbiter.