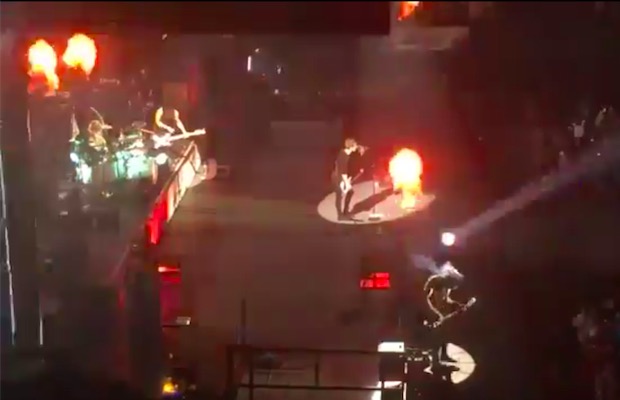 During their show at London's Wembley Arena, 5 Seconds Of Summer guitarist Michael Clifford had an unfortunate run-in with a pyrotechnics machine. In the clip below, we see Clifford accidentally get his hair caught in the flame's path. He then sat his guitar down and walked off stage. Hope you're okay, dude!

WATCH MIKEY I HOPE HES OKAY I LOVE YOU SO MUCH AND IT WAS AN AMAZING SHOW pic.twitter.com/rGdlCudGGk