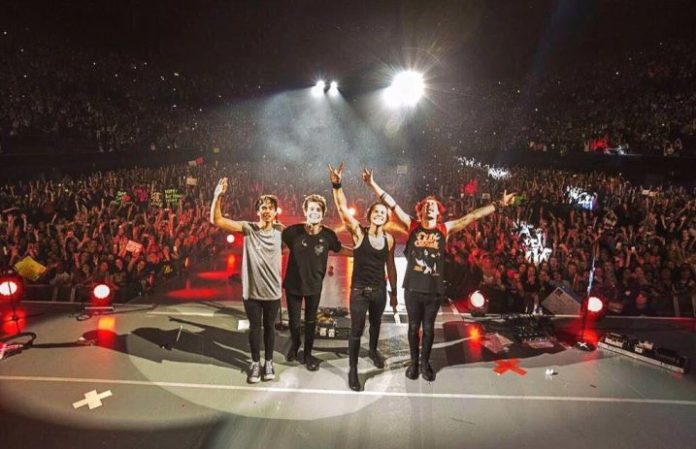 5 Seconds Of Summer will be releasing How Did We End Up Here? on November 20—an all-access live concert documentary surrounding the Australian quartet's rise to fame as they tour around the world and sell out three consecutive nights at Wembley Arena. With an approximate total runtime of over three hours, the DVD/Blu-ray will feature documentary segments, behind-the-scenes featurettes, bonus performances and a 'Live at Wembley Arena' concert featuring several of the band's most popular tracks, including “She Looks So Perfect,” “Amnesia” and “Don't Stop.”

Read more: 5 Seconds Of Summer gush over Green Day, All Time Low, the Used, others

You can watch a trailer for How Did We End Up Here? below and pre-order the film on DVD and/or Blu-ray here.