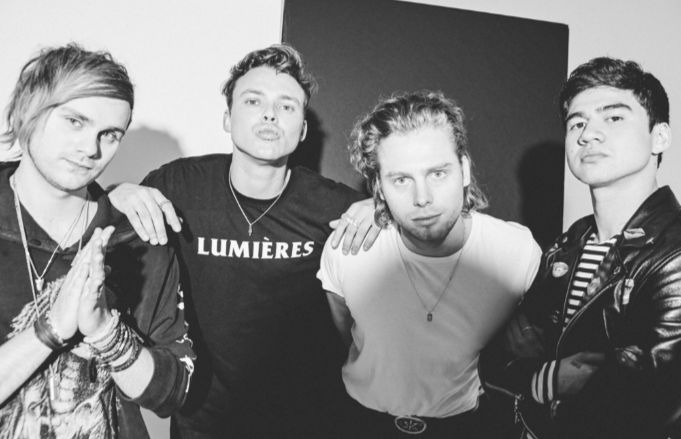 5 Seconds of Summer unveiled a stunning live video of their song “Youngblood,” the title track off their forthcoming, third album.

The live video was dropped a few weeks after the band first premiered the song. As previously reported, the new sound is their next step of moving forward and progressing as musicians.

“We had to move forward and test our songwriting and progress. It was the greatest thing we could do—we were hungry for something new and exciting. It felt like starting the band again!” vocalist/guitarist Luke Hemmings says about the track.

“I loved that new wave could be really melancholy, but also up,” vocalist/drummer Ashton Irwin adds. “It had romanticism and anger, but also energy and colour. That’s exactly what we wanted for our new music.”

Watch the video for “Youngblood” below:

Youngblood is due out June 22, and it's available for preorder here. Check out the tracklisting below.

“Finally… It’s been 3 years since our last album and we are so ready to share new music with the world,” 5SOS told fans with the release of their first new single, “Want You Back.”

The band is currently doing a whole slew of spring and summer shows in support of the record, and tickets are on sale here. Check out the band's forthcoming tour dates below.

Meet You There Tour Dates:

5 Seconds Of Summer released their last album, Sounds Good Feels Good, in 2015, and it looks like 2018 is shaping up to be 5SOS' year!

We seriously can't wait for more new music to come from 5 Seconds Of Summer! What about you, how excited are you to hear new music from 5SOS? Let us know in the comments below!