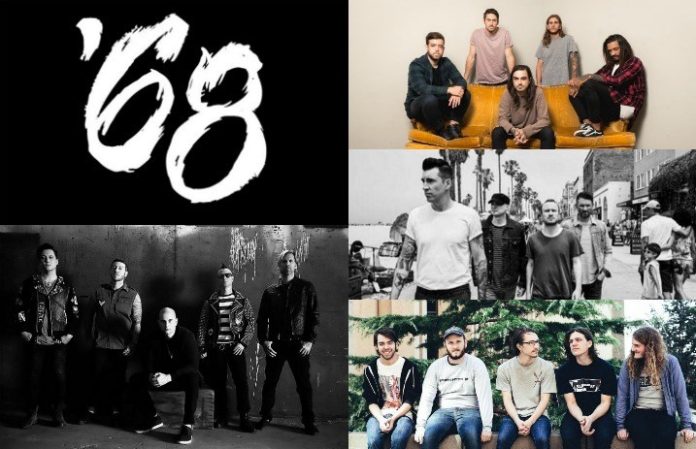 Watch a new music video from '68—plus, don’t miss Avenged Sevenfold cover the Stones. Check out the news you might have missed today below!

Check out the video for “Eventually We All Win” below, and catch them on tour with the Bronx!

Check out our new video “Eventually We All Win” on our YouTube https://t.co/xbsDIXzymd and come see us on tour with @the_bronx!

Listen to their take on “As Years Go By”!

Catch them with Super Whatevr and Hold Close all across the U.S. this November!

Check out the first track, “Soothe Me,” from Anymore out November 17 on Other People Records!

Nothing Here Is Permanent just dropped via Pure Noise! (And it's so good.)

Nothing Here Is Permanent is out now on @purenoiserecs thank you so much for all the support – https://t.co/bGRqzsZ4GO pic.twitter.com/zgu7tRxCwk

6. Life Lessons' EP Best When In Motion is also out today!

What a day for EPs. Stream the new one from Life Lessons here:

“Best When In Motion” is available now via @3crown / @youdidthisrecs. Download and stream it and buy it here. https://t.co/P7SDHwzpp1

We heard you like EPs. Here's another great one for you. Stream it now:

It's off the album they announced today, Dark Divine. Listen to “Nowhere Left To Sink”!

Listen to “Echoes” below!

It's a special cut for the Amazon Original playlist Amazon Acoustics. Listen now!