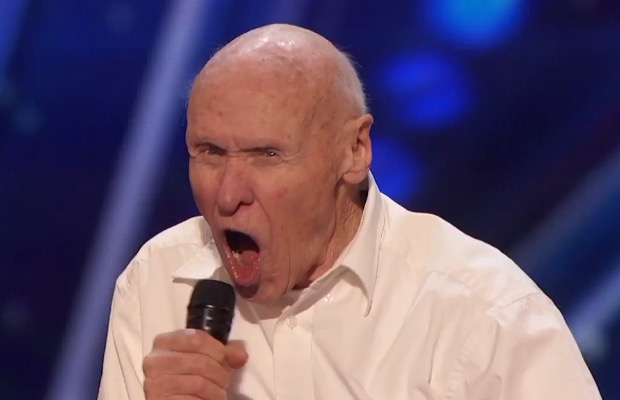 Within seconds of Hetlinger beginning his take on the song, the crowd erupted in both shock and support. You can watch video of the performance, which premiered exclusively on AOL, below. America's Got Talent premieres Tuesday, June 7, on NBC at 8:00 p.m. EST.