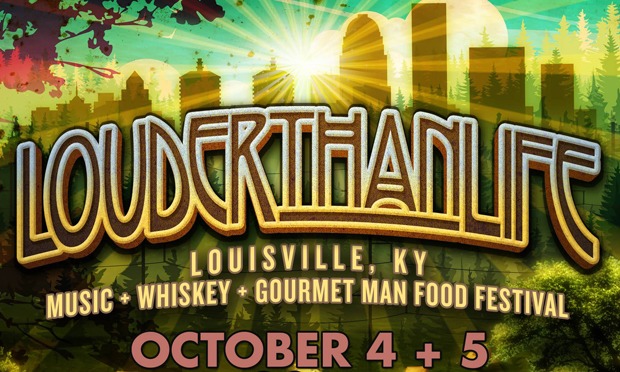 UPDATE: We have learned that Of Mice & Men will no longer be playing the festival.

The full lineup has been announced for the debut of Louder Than Life Festival, featuring whiskey, craft beers and “gourmet man food.” Such bands as A Day To Remember, Bring Me The Horizon, Of Mice & Men, Chiodos, Limp Bizkit, Memphis May Fire, Korn, Motionless In White and many more will be featured on the bill. You can check out the full list of bands below.

Louder Than Life will be held Saturday, October 4 and Sunday, October 5 at Champions Park in Louisville, Kentucky. Ticket pre-sale will start on June 10.

Festival creator Danny Wimmer says, “Louisville is known for a lot of things. But I don’t think people realize what a great rock town this is.  When I first came to Louisville, I fell in love with the city, its diverse food, its bourbon and its culture. It screamed ‘LOUDER THAN LIFE’ and I felt this was the perfect destination for this kind of rock festival,” Adds Wimmer,  “I’ve created the LOUDER THAN LIFE festival to highlight and celebrate the ‘Culinary Capital of Bourbon Country.’ And of course, the culture of rock & roll and bourbon go hand in hand!”

A Day To Remember, Bring Me The Horizon, Of Mice & Men, Motionless In White and Memphis May Fire are all nominated for APMAs. Cast your votes now!