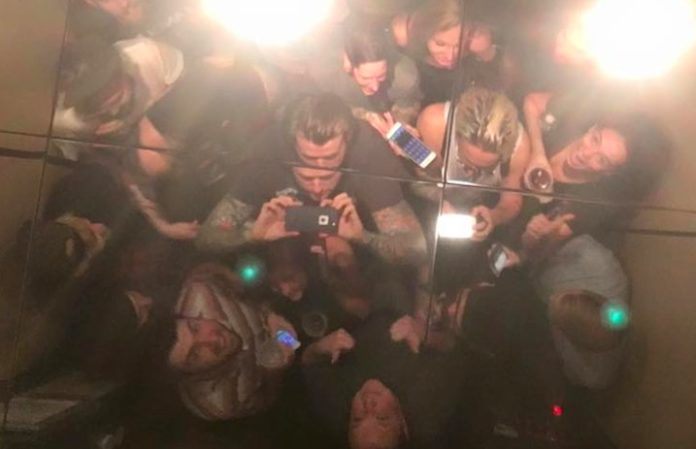 Saturday night, the Devil Wears Prada and the Word Alive rolled through Orlando, Florida alongside Motionless In White, Upon A Burning Body and the Color Morale on the Apollo X Tour.

Members of A Day To Remember hit up the show that night to hang out as well. Sounds pretty cool, right? Well, it was, until members of ADTR, TDWP and TWA all got trapped in an elevator together.

According to a post on Telle Smith’s Facebook, the Orlando Fire Department saved a total of 17 people from the stagnant container.

Just got stuck in an elevator with 17 of my friends. @WhereisADTR @TheWordAlive

I’m not even going to lie, I was freaking out in that elevator. #breathe