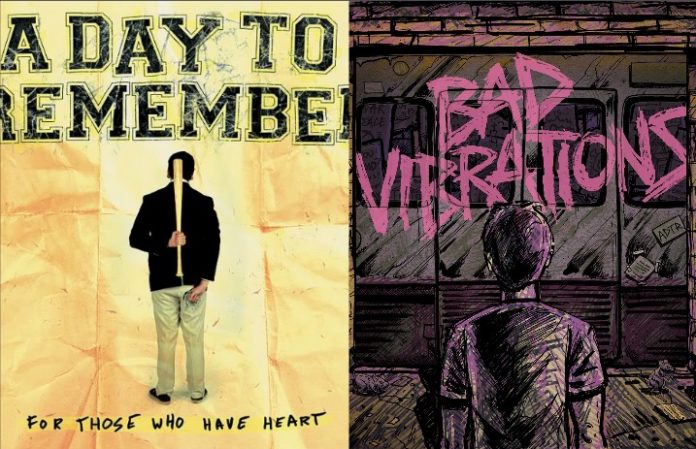 A Day To Remember frontman Jeremy McKinnon recently told Kerrang! that the band’s new album, Bad Vibrations, is their truest representation since For Those Who Have Heart.

“That was the last record where we were in a room together and wrote as a band,” he said. “So that’s this record and this time in our lives.”

For Those Who Have Heart was initially released on January 22, 2007, and later reissued in February of 2008.

McKinnon also revealed that the record is “heavier” than their previous three LPs—Homesick, What Separates Me From You and Common Courtesy—“put together.”

A Day To Remember will release Bad Vibrations August 19 via ADTR Records. (Pre-orders are on sale now.) In case you missed them, hear the first two singles: “Paranoia” and “Bad Vibrations.”