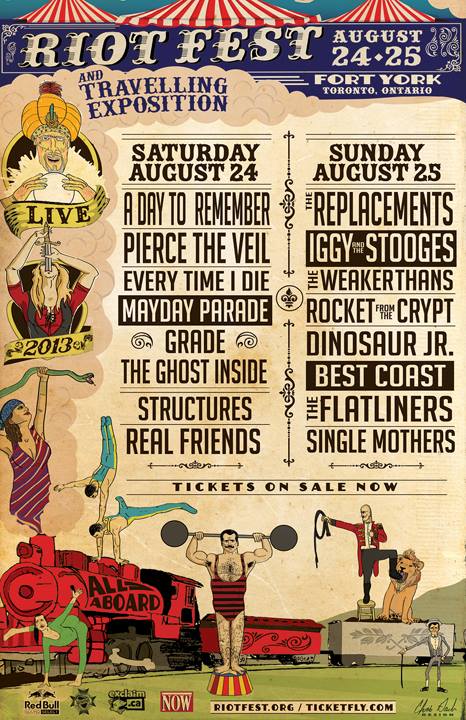 The good people over at Riot Fest sure have been busy the past few months.

In conjunction with the Chicago and Denver Riot Fest announcements, the lineup for Toronto Riot Fest and Travelling Exposition has also been revealed.

Acts for the 2-day festival include A Day To Remember, Pierce The Veil, Mayday Parade, The Replacements, Best Coast, The Weakerthans, Iggy and the Stooges, and Every Time I Die.

Other bands that have been announced are: The Ghost Inside, Rocket From the Crypt, Dinosaur Jr and Real Friends. The full lineup can be seen in the image above.

The festival will be held August 24 and 25 at Fort York in Toronto, Ontario. 2-day passes are currently on sale, and can be found here.