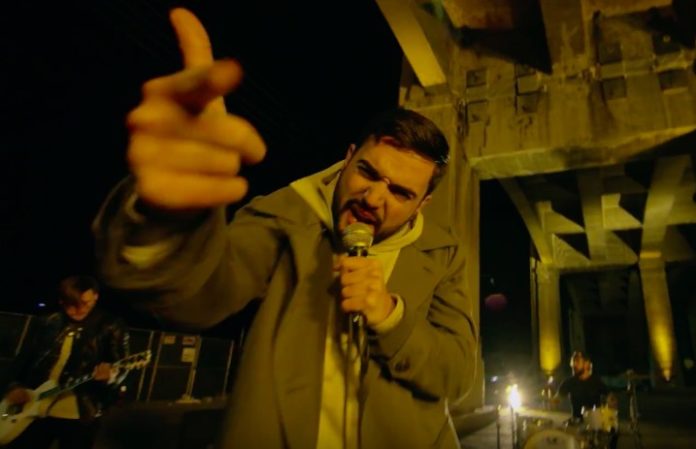 Okay, this is too random to not share: A Day To Remember once asked rapper Rick Ross to feature on a song and his reply was “Are you guys Satanists?” Seriously, that actually happened.

The band discussed what took place in a 2013 interview with FUSE. It received a lot of attention this week after being posted on Reddit in r/metalcore. The headline used there is slightly misleading, however, as the band never confirmed whether or not the track turned out to be “Turn Off The Radio”—only that it was a discarded track they were working on for their 2013 album, Common Courtesy.

Nevertheless, the exchange actually did happen. “[Ross] heard the song and met a bunch of people who work with us,” McKinnon said. “The first thing he asked us is, 'Are you guys Satanists?' Evidently, somebody told him yes and we never heard from him again. He would have suited the song.”

You can watch the full interview below, with the feature discussion beginning at the 3:30 mark. The band's follow-up to Common Courtesy, Bad Vibrations, was released last Friday. AP has labeled it their best work since 2009’s Homesick.