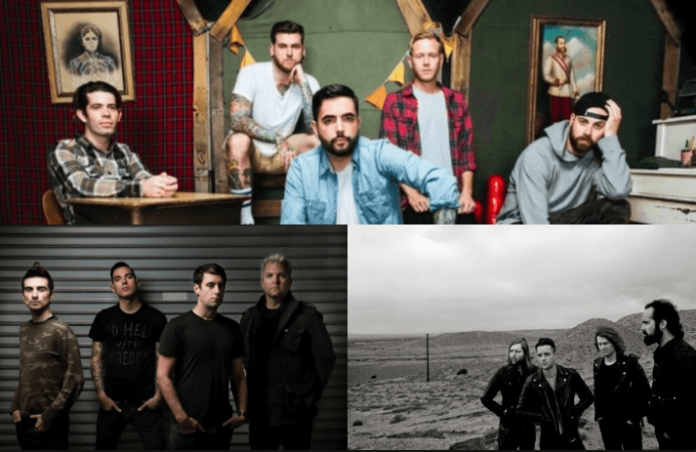 Watch new a new music video from A Day To Remember—plus, don’t miss a pop-punk Sam Smith cover. Check out the news you might have missed today below!

Read more: Everything you need to know about emo past and present

Watch “We Got This” below! The track comes from the band's most recent LP, Bad Vibrations.

Check out our new music video for We Got This, it took a really long time to make. https://t.co/6XyJrWU7Eo

2. Watch the Killers perform “The Man” on Colbert

These guys have serious swagger. Check out the performance:

The Farewell Anthem took on Smith's new track, “Too Good At Goodbyes”:

4. New music and a video from Bohnes

If you haven't heard, Bohnes is the solo project of Alexander DeLeon (of the Cab fame). Check out “Six Feet Under”:

MY NEW SINGLE AND VIDEO ARE FINALLY OUT. https://t.co/TmPY9jM0On

5. A new single from Jordan Klassen

It will be called American Fall, out Nov. 3 on Spinefarm. Check out the lyric video for the first single, “Racists”:

They'll also be headlining Thanx-Killing Fest! Check out all the dates for their upcoming shows:

We are headlining the ‘Every Trick In The Book Tour: Part II’, and 'Thanx-Killing' Fest! VIP tickets on sale now at https://t.co/Is5SOoIbaH pic.twitter.com/DCvtraNyZk