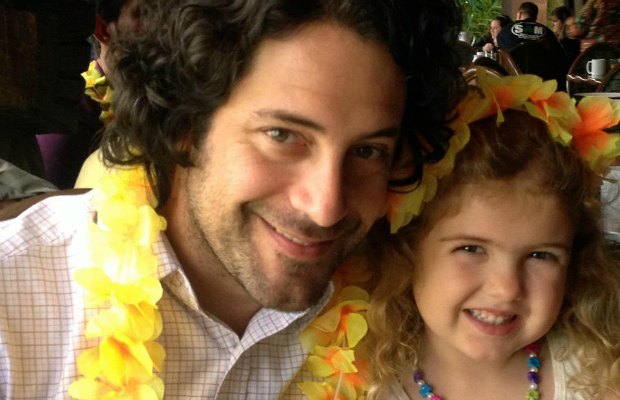 ORIGINAL POST: January 7, 2015 at 5:00 p.m. EST
A Day To Remember sound engineer Jeff Kaplan has died at the age of 43. Kaplan, who was also a tour manager, lost control of his car on Route 50 in Annapolis Wednesday morning and hit a median. When he got out of his car, he was tragicially struck and killed by an SUV.

According to the Capital Gazette, “Maryland State Police said 43-year-old Jeffrey A. Kaplan was driving a 2013 Subaru when he lost control and struck the median. Kaplan got out of his vehicle and was standing in the travel portion of the roadway when he was hit by a 1999 Ford sport utility vehicle, driven by 30-year-old Aaron B. Nedd of Hyattsville.”

Aside from ADTR, Kaplan had worked with artists such as Brand New, Snoop Dogg, Unwritten Law and Head Automatica.

A memorial fund has been launched for Jeff’s 7-year-old daughter, Vivien (pictured). You can donate online now.

Here’s a list with more artists Kaplan has worked with over the years:

Here's the man doing what he loved and giving us a good show. RIP, Jeff. You will be missed.