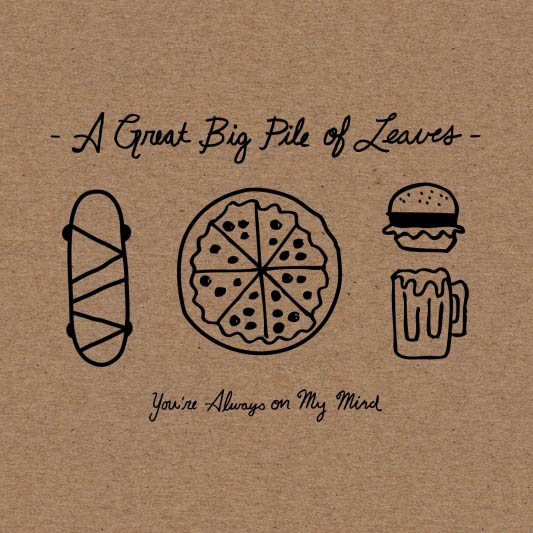 A Great Big Pile Of Leaves have released a music video for “Snack Attack” from their latest album, You're Always On My Mind, which is out now on Topshelf Records. Unfortunately last night in Chicago, IL the band experienced a van break-in and lost some of their belongings. They posted the following statement on Facebook today:

“During our show in Chicago last night, 4 blocks away from the venue, our van was broken into. Luckily most of our stuff was out of the van at this time, but we did lose a macbook, two acoustic guitars, and a few other personal belongings. We've decided that we didn't want to go the donation route, because at the end of the day, this band and the safety of our belongings on tour are our responsibility.

With that being said, if anyone would like to grab some merch from our web store during this time, it would be greatly appreciated, as it would help us replace some of the tangible things that we lost last night. Thank you.

***If you live in the Chicago area (around Subterranean) please be on the lookout for a Martin Acoustic (00015M / 15 Series Brown Mahogany) and a Takamine Pro Series Cutaway Acoustic-Electric Guitar in Natural Wood.”