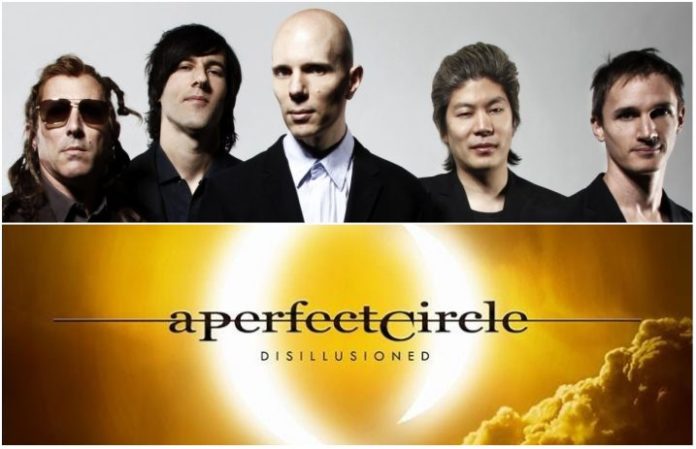 Ready to start the new year with some new jams? A Perfect Circle are ringing in 2018 with an atmospheric new song, “Disillusioned”! Check it out below.

Yesterday, singer Maynard James Keenan tweeted to “have your headphones ready” for Jan. 2, which is when “Disillusioned” will be available for download. The new tune will also be featured on a limited vinyl single—backed with October's “The Doomed“—out March 9. Get more info here.

Over the last year, A Perfect Circle signed to BMG, unveiled new tracks live, and discussed the musical influences behind their new material. However, as reported back in May, it was confirmed that a new APC album wouldn't quite be ready in 2017. But! It looks like 2018 may the year of the Circle.

“Fourteen years have passed since we released eMOTIVe,” says Keenan, referencing the band's 2004 album and most recent full-length. “A new release is long overdue.” Be on the lookout for A Perfect Circle's long-awaited new LP next year, and check out the group's upcoming tour dates after the cut.