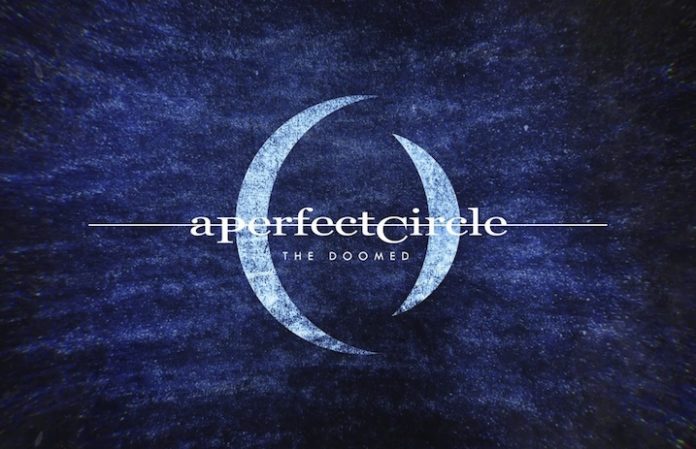 A Perfect Circle have finally dropped a new song for all to hear! Get your eardrums ready for the propulsive, eclectic “The Doomed,” which just dropped last night, right at midnight. Listen to the new APC track below!

Read more: Radiohead fans are “strange and sad,” according to Fox News

On Monday, the band began teasing the new tune, with guitarist Billy Howerdel simply tweeting, “Tonight.” As noted by Stereogum, “The Doomed” is A Perfect Circle's first new studio track in four years, following 2013's “By And Down” from the band's Three Sixty greatest hits compilation. Amazingly, the group's last full-length album was eMOTIVe, released in 2004. (Yeah, 13 years ago!)

As we've been following over the last year, the group have signed to BMG for an upcoming album, debuted some new songs live, and spoken of the disparate spate of influences in creating their new music. However, as reported back in May, it looked like we weren't getting a new A Perfect Circle album this year, nor one from lead singer Maynard James Keenan's other band, Tool.

“Fourteen years have passed since we released eMOTIVe,” says Keenan. “A new release is long overdue. In light of this current difficult and polarized social, spiritual and political climate, we artist types need to open our big mouths and share the light a little louder.” Adds Howerdel: “Years of life experience has brought our music to this moment. We know where we came from.

The band are “deeply connected to the path [they're] on,” says Howerdel.

A Perfect Circle's new album, their fourth, is expected to arrive in 2018.

Get “The Doomed” here and check out APC's 2017 tour dates after the cut.

A Perfect Circle – “The Doomed”