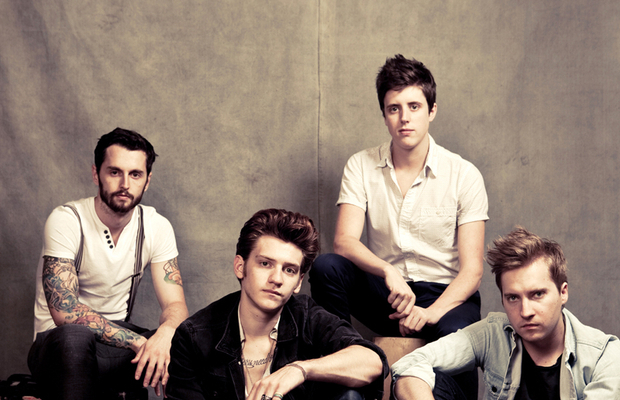 A Rocket To The Moon have announced they will be heading into the studio in January 2012. The band will begin recording their second full-length album to follow-up their 2009 release, On Your Side. Check out a blog from A Rocket To The Moon's Nick Santino below:

I was a 19 year old kid, excited, lucky and scared to death. The day I signed to Fueled By Ramen was the best day of my entire life. Knowing everything was going to change for me. Every dream I had was coming true. Being able to make music and have a label like FBR support that music to the greatest lengths and highest highs. We released our first full length record 2 years ago. One of my proudest moments was that release day.

Here we are 2 years and a few months later and we are going to start our 2nd full length record. I've never been so proud of something in my entire life. We have written a group of songs for this record that come from the heart. Every word has meaning. Every meaning in every song is so close to us. I think that once you guys hear these songs you will change. Two years may not be a super long time, but weve all grown up and matured. You and I. This record shows that and then some. We start recording it in January with one of the greatest producers out there and it's going to be an amazing experience.

I'm 23 years old, excited, lucky and scared to death, but I know what we have is special and I can't wait to share it with the rest of the world. Here's to 2012 being the year.