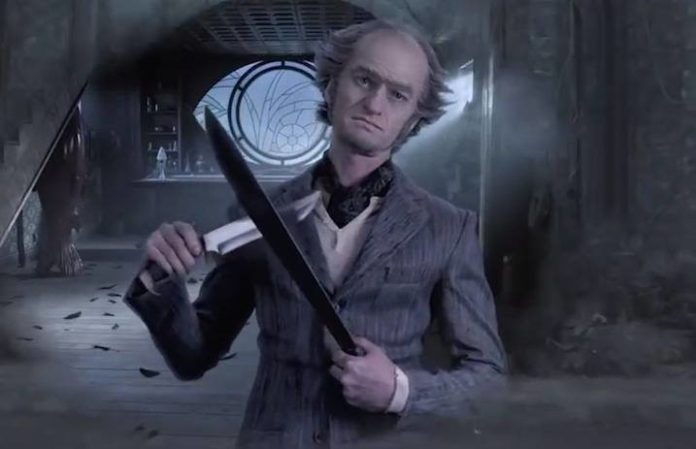 Count Olaf is ready to kick your new year into high gear! Netflix just dropped the first look at Season 2 of A Series Of Unfortunate Events, and the teaser is introduced with Olaf's own brand of New Year's greeting. Watch it below.

Read more: Netflix to increase prices just in time for the holidays

First thing's first: the anticipated second season of the Lemony Snicket-adaptated TV series will premiere on the streaming platform March 30. Before that happens, however, Neil Patrick Harris' curmudgeonly Count Olaf is here to give you a good, old-fashioned ribbing for staying up too late (and maybe partying too much) on New Year's Eve.

“I'm so sorry to disturb your recovery but it's time for us to get this New Year's Day binge started,” Olaf announces. “Now, there may be some of you who are surprised that Netflix would choose this to be the first face you see in 2018—but those are the same people who wouldn't recognize 'handsome' if it set your house on fire. So dive on in…”

As noted by io9, Netflix apparently put on a little scavenger hunt for diehard A Series Of Unfortunate Events fans before officially unveiling the Season 2 trailer. On Monday, a cryptic tweet led users to this website, which eventually sent viewers to the show's Neflix page and finally uncovered the below teaser video as well as the March 30 launch date.