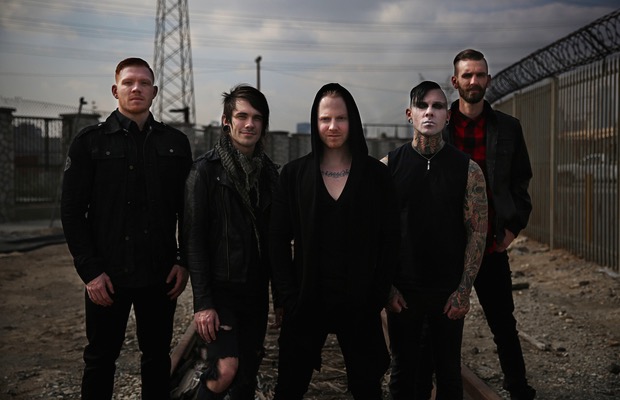 Michael “Jag” Jagmin has posted a longer statement on his Facebook explaining his side of what happened.

He said: “‪Earlier today a post went up on A Skylit Drive's Facebook page stating I quit the band, and also that Nick himself was and is supportive of the choices I made to be home for my family and child's birth in 2016. Both of these claims are utterly and entirely false. ‬

1. ‪I never quit A Skylit Drive. Nick and I unfortunately reached a point where our differences became irreconcilable. I strongly felt the band should respectively end following how many changes we had already endured. Nick clearly disagreed and wishes to Frankenstein the band how he sees fit. ‬

2. ‪Rewind to the start of 2016 when Nick and I were still writing new music for ASD. It was decided we would take a tour hiatus (but still write new music for the future) so I could be present and helpful for my wife's pregnancy and birth. Mind you Nick didn't even support this choice enough to allow any announcements so our fans could understand why we appeared inactive. So, instead we were silent since he found it so difficult to openly support the huge change in my life. ‬

‪This doesn't even touch on the legal issues we've been going through for the past year or the internal struggles I've had in the band since the start. ‬

‪There's so much left to be said, and once I'm ready to tell it all you will be the first to hear it. ‬

Thank you all for your endless love & support. I hold it close to me every single day. Expect new music from me soon!‬

The band has not commented back as of yet.

A Skylit Drive revealed today that Michael “Jag” Jagmin is no longer singing for the band.

“Hey guys! This is Nick. I want to start by saying thank you to every single person that has shown their support over the past year, I know it’s been a while. Means more than you know. I miss you guys so much and I miss playing for you all.

As you know we have toured full time over the past nine plus years. Inevitably, people grow, people change, and that’s ok. It takes a great deal of attention and dedication from the band to be fired up on all cylinders. Jag chose to remain home and take time away from the band in 2016. This caused a hiatus and as difficult as it was for us to take the time off we support him and his family. We have had a mountain to climb on the business side of things (the not so fun stuff) that needed to get sorted while we all focused on our personal lives.

As stated earlier people change and life moves the way it does. Jag is no longer a part of A Skylit Drive. It is a mutual decision and we wish him the best. (he recently had a daughter, congratulations Jag)

Things are up in the air but there are some very cool ideas going around in the ASD camp. Music has been written, things are happening. Thank you all for your support. You are the heartbeat of A Skylit Drive. Another announcement coming soon. Stay tuned.”

Jag posted his own statement on Twitter, which seems like the split wasn't as amicable as the band made it out to be.

I want to make this perfectly clear. I was not complicit in any of the announcement made today by Nick. I never “quit” ASD. Truth is comin

.@JDDunlapTX This is just scraping the edge man. I was going to be cool until that Brady Bunch / we all hold hands post went up ☠️

Jag joined the band in 2008 when he replaced Jordan Blake who left the band for health concerns. He has been featured on four full-length releases, Wires…and the Concept of Breathing, Adelphia, Identity on Fire, Rise and ASD.